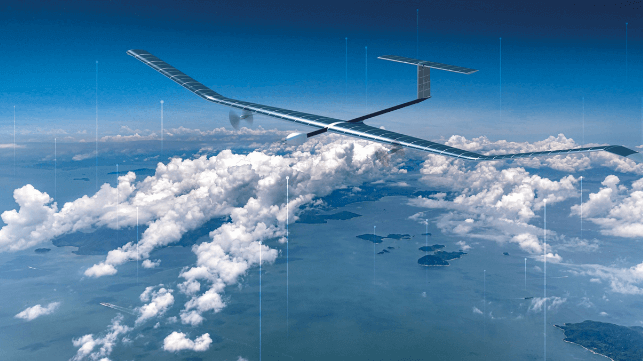 Airbus’ giant, ultra-light, ultra-high endurance Zephyr S drone has stayed in the air longer than any unmanned aircraft in history – and its success could bring new maritime surveillance capabilities and GPS-type positioning.

Zephyr S is a 150-pound hand-launched drone designed for high-altitude operations. It flies in its own skies at 80,000 feet, away from commercial traffic and immune to the vagaries of the weather. Her 80ft wingspan and solar cell power are enough to keep her aloft for weeks at a majestic 30 knots.

The prototype drone took off from the US Army’s Yuma Proving Ground on June 15, and has now been aloft for 27 days. Most of that time was spent circling around Arizona, but last month the operators also decided to take it for a test run on the water to Belize and back.

Open source flight data from the ADS-B Exchange tracked Zephyr over Texas and the United States Gulf on June 27. The plane showed up again over Belize City on June 29 and returned home the next day, according to tracking compiled by The Drive.

This route took Zephyr S close to the main smuggling territory in the Western Caribbean, the area off Central America under constant surveillance by the US government for counter narcotics. The military has its own reasons for testing Zephyr, but maritime security is one of the platform’s original applications: As a “high-altitude pseudo-satellite”, Zephyr can maintain position and monitor an ocean area for an indefinite period. Airbus has also been working on a “Zephyr T” variant for heavier payload maritime missions.

Under military sponsorship, the platform could also act as a GPS backup system. Weak GPS signals are relatively easy to spoof or jam, and certain geographic areas (such as the northern Black Sea) are known for GPS interference. A platform located closer to the earth – like a pseudo-satellite – could provide a stronger signal and provide a backup to conventional GPS. Zephyr’s Army sponsors have spoken of the possibility of a resilient Positioning, Navigation, and Timing (PNT) mission for the drone, and the Army unit responsible for operating the program is the Cross-Functional Positioning, Navigation and Timing/Space Assured Team, which is part of Army Future Command.

Zephyr could be one of many new PNT alternatives being researched by the military. The U.S. Office of Naval Research, the U.S. Department of Transportation, and the National Science Foundation recently endorsed a successful trial to use signals from the Starlink commercial satellite fleet for positioning – a task for which Starlink n was ever designed.

Starlink accounts for about half of all satellites in orbit – 2,500 strong and growing – and with support from ONR, a team from Ohio State University has figured out how to collect and process enough information from the signals satellites to calculate a position at about eight meters. As the Starlink fleet grows, the speed and accuracy of the positioning technique will increase, lead researcher Zak Kassas told Ars Technica. The lab bench configuration is complex and not yet ready for use on deck – it is also not an authorized Starlink product – but in the future it could provide a resilient alternative for navigation.

Those close to the subject of the book take the time to visit south-central Kansas – St. John News