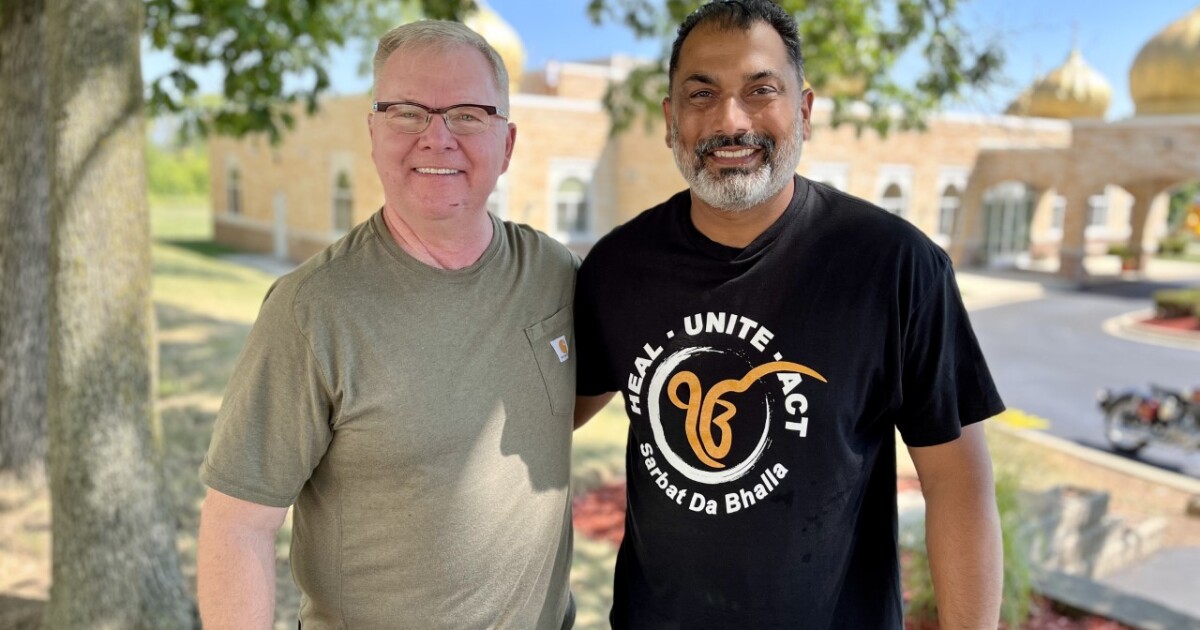 OAK CREEK, Wis. – Friday marks a full decade since the tragedy at the Sikh Temple in Oak Creek. A white supremacist gunman killed six people that day while attending a Sunday service. A seventh victim died from his injuries just two years ago.

Two men who were at the Sikh temple on August 5, 2012 for very different reasons formed an incredible bond after that horrible day.

One of them was going to worship with his two young children. The other was responding to the deadliest mass shooting in state history.

“I was down the street on Howell and Rawson,” Pardeep Singh Kaleka said. “My mom and dad were inside worshiping.”

Unfortunately, Pardeep’s father, Satwant Singh Kaleka, was one of the victims killed. He was the founder of the temple.

“I thank God that my mother was able to live and Brian was a big part of that, helping the people inside and making sure they survived,” Pardeep said.

Brian was shot 15 times by the gunman shortly after arriving in the parking lot.

“We get the call for a fight and then it turned into shots and came over the ridge. And then I saw a gentleman downstairs, I checked him out, and then the bad guy came out front and we got engaged. It’s amazing how, in the blink of an eye, your whole life changes,” Brian said.

Pardeep met Brian soon after, hailing him a hero for saving many others from death that day. But in the days and years that followed, their relationship grew into something much more.

“He’s my brother and I’ve never looked at him any other way,” Brian said. “I love him like a brother.”

“He, his family, we’ve all gone through incredible hardships over the past ten years trying to redefine this tragedy not by what happened, but by the choices we made afterward,” he said. added Pardeep.

Those choices have involved working together over the past decade to redefine this tragedy, traveling the country near and far to bring together faith groups and law enforcement to address the escalating violence against marginalized communities.

Brian and Pardeep’s work continued Friday night at a memorial vigil on the grounds of the Sikh Temple. Pardeep hosted the event and Brian was the keynote speaker.

Report a typo or error // Submit a news tip