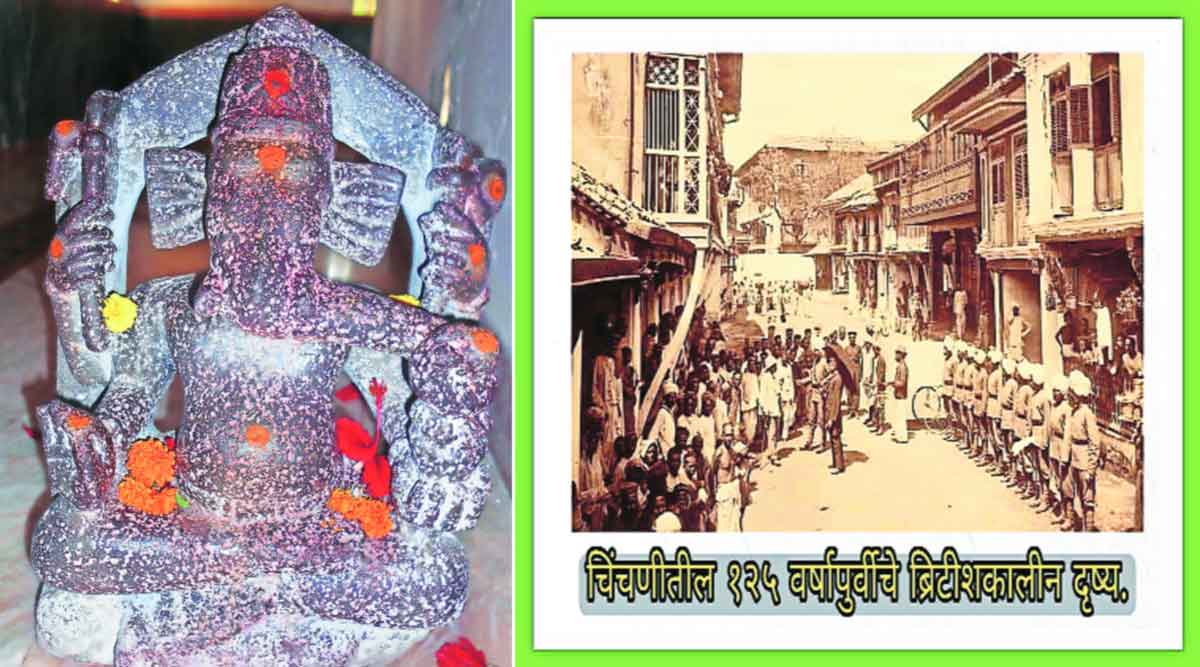 Palgar Many talukas in the district have historical significance, some of them being villages. But over time the traces of history disappear. His records are scattered. We must bring them together today. Aiming that if brought, it will be a guide for every new generation to come. Professor Prerna Raut opened Chinchani’s story in Dahanu taluka in book form. A comprehensive outline of Chinchani’s involvement in the anti-British struggle has been taken from this book.

On the Independence Years of Amrit Jubilee, Dr. Publication of the book â€œHistory of Chinchaniâ€ written by Prerna Shailendra Raut at Chinchani PL Shroff passed away from College of Arts and Commerce. The book was published by former director Harshvardhan Joshi. Rajinikanth Shroff, president of the educational institution, was present on the occasion. Professor Prerna Raut received the degree of ‘Vidya Vachspati’ (PhD) from the University of Mumbai for his thesis on ‘The History of British Rule in Palghar and Dahanu Taluka (1857-1947)’. Former Principal of KV Pendharkar College Dr. for writing this thesis. He was guided by Anuradha Ranade.

After the fall of the Maratha dynasty, British rule was established in the region. Homeowners and lenders here took advantage of the new regime for their own benefit without objecting to this regime in the early days. But with the passage of time, due to the educational and other facilities provided by the British, the sense of self-interest in the area became self-conscious. The scholars here began to read the Kesari of Tilak. As a result, the people of this place actively participated in Mahatma Gandhi’s disobedience movement, the Chalejaw movement. The movement of Rashtriya Seva Dal, participation in camps organized for the propagation of Gandhi’s ideas made the liberation movement active in Chinchani. People from all castes and religions of Chinchani participated in the movement. The tradition of celebrating Independence Day continued in Chinchin.

Chinchani was ruled by the noble kings Bimba Solanki and Yadav, the reign of sultans of Gujarat, Mughals, Portuguese, Marathas. The rights granted to the citizens of this region by the Bimba kings have traditionally been cultivated even after the change of regime. Coins of Gujarat sultans found in Chinchani, Muslim settlements of those who migrated from Gujarat and Rajasthan for trade purposes, forts, towers, haveli temples of Ghodvihiri, ancient Shiva temples, houses traders in medieval times are proof of this. of the transition to Chinchani during the medieval period.

A place of pilgrimageSatavahana in Shilahara reigns

According to the mention in the book Kathasaritsagar, Chinchani, which was famous as a place of pilgrimage in ancient times, was a city of magic. Folk tales, folk songs, sculptures carved in sandstone are the evidence of Chinchani’s antiquity even today. The book gives the information that the reigns of Satavahanas, Saka Satraps, Rashtrakutas, Shilahars in Chinchani are evident from earthen pots, coins, Chinchani copper plates of Rashtrakuta period, bricks, remains of constructions , Nandi wells found here.