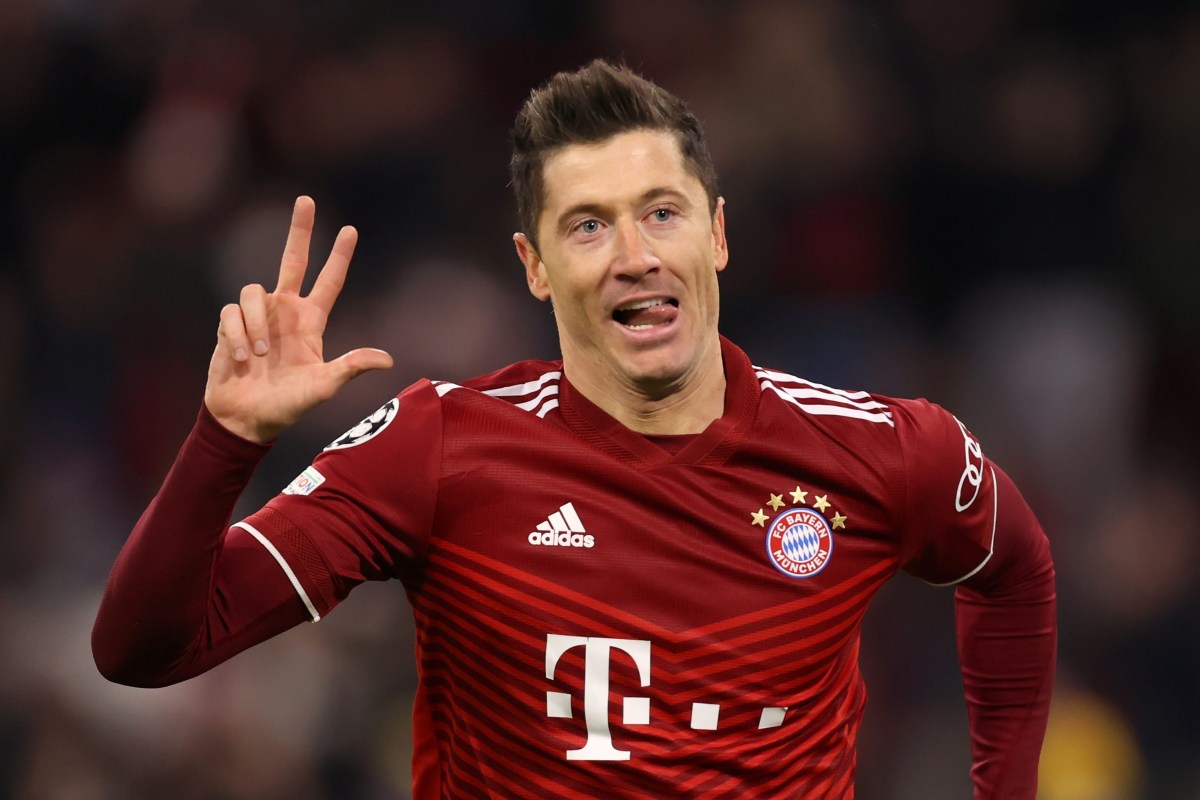 Another day, another record for Bayern Munich striker Robert Lewandowski.

The Polish superstar, 33, can now boast the first hat-trick in Champions League history after a lightning-fast hat-trick against RB Salzburg.

Not having managed a single shot on goal in the first leg, Lewandowski left the Austrian side with some hope for the second leg, with a 1-1 draw.

However, he extinguished those hopes in 23 minutes, reminding the Austrians of his enduring quality, in case they forgot.

Only ten minutes and 24 seconds separated his first goal and his third goal, although they came to him quite easily.

The Bayern striker scored his first two goals from the penalty spot in the 12th and 21st minutes – before getting a rather lucky rebound off the Salzburg keeper for a mere third in the 23rd minute.

Poor Sebastien Haller must be wondering what more he can do, having lost his place at the top of the Champions League goalscoring charts this season.

The Ajax forward has netted 11 goals in seven games but still trails Lewandowski, who now has 12 in eight.

“Everton are in serious trouble and what happened to Dele?” – Redknapp’s damning verdict

Oh, and as of this writing, there are still 45 minutes left at the Allianz Arena.

Unfortunately for the Austrians, the six-time Champions League winners were in a ruthless mood after Lewandowski collected the match ball.

Former Arsenal player Serge Gnabry stepped in to make it 4-0 on the night and 5-1 on aggregate.

After half-time, Bayern were keen to extend their advantage again and did so through Thomas Muller and Leroy Sane.

The former produced a second-half brace as the former Manchester City winger completed the scoring.

It was a consolation for the visitors, who will be delighted to see the backs of the German champions, as they headed to the quarter-finals of the competition with a 7-1 victory in the evening and 8-2 in the total.

Betting offer of the day

Top female HR and manufacturing leaders speak out on the topic of the gender gap for International Women's Month Wednesday, March 16 at 3:00 p.m. ET / 12:00 p.m. PT on LinkedIn Live