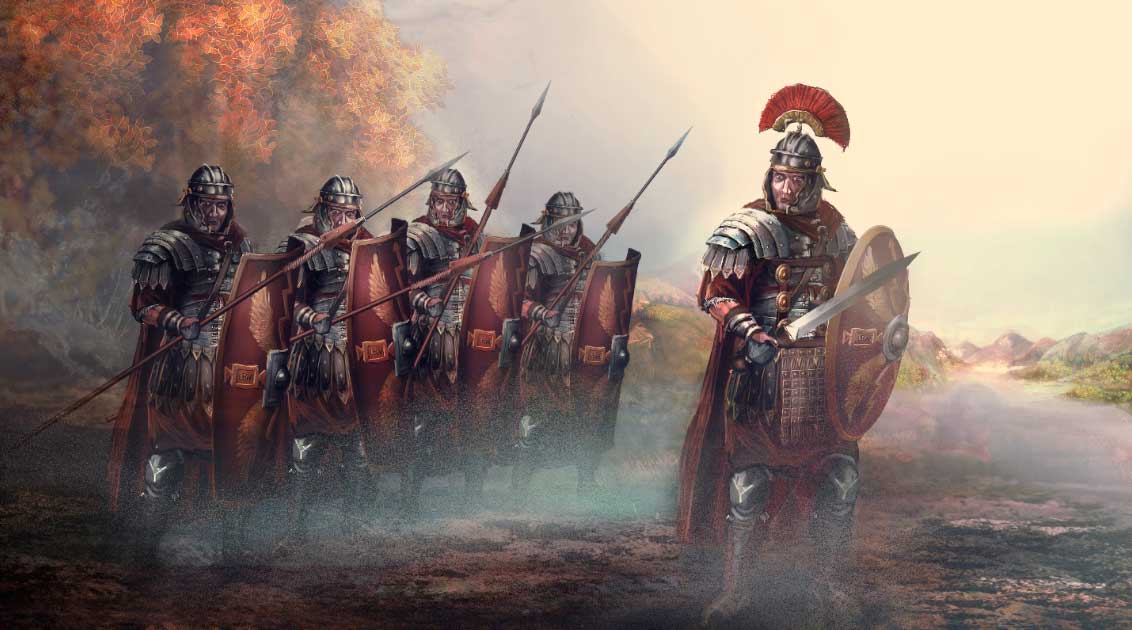 The Roman army was one of the fiercest armies ever assembled. She was disciplined, well trained and well equipped. This combination meant that the Roman army played a crucial role in Rome’s expansion from Britain into Asia. A crucial reason for the effectiveness of the Roman army was its discipline. Many techniques were used to enforce discipline in the military, and one such technique was the use of decimation. It was a punishment used when Roman legionnaires deserted battle or disobeyed their commander. It was an incredibly cruel punishment, yet it was also incredibly effective in maintaining discipline.

What is Roman decimation?

The most important aspect of the effectiveness of the Roman army was its discipline. This allowed them to stay strong in formation, keeping them organized against enemies who weren’t. The way they did this was to punish those who fled or disobeyed with decimation. The word decimation is Latin for “removal of a tenth”.

The army unit or group of soldiers who fled or disobeyed would be rounded up and divided into groups of ten. The ten men in each group would then choose someone at random, usually by drawing a straw. This person would then be beaten to death by the nine other members of the group using truncheons. The lucky soldiers who survived the ordeal would then be kicked out of their legion for a few days and forced to survive on raw barley outside the encampment.

Stories of decimation in Rome

The first account of decimation in a Roman army is made by the Roman historian Livy. According to him, the incident happened in 471 BC when an army under the command of Appius Claudius Sabinus Inregillensis fled the battle. The consul was furious at the conduct of his men and in response he captured and beheaded the first men to flee. As a warning to the rest of his army, he then ordered that every tenth man in the army be executed for good measure.

A similar event occurred 400 years later when the Roman general Crassus failed to defeat the infamous Spartacus and his rebel army during the Third Servile War. In response, he ordered that part of his legion be decimated. Likewise, Mark Anthony was so enraged by his men’s defeat by the Parthians that he ordered their decimation in 35 BC. The Greek historian Plutarch wrote about it in his biography of Mark Anthony:

“At this, Antoine enraged and visited those who had played cowards with what is called decimation. That is to say, he divided the total number of them into tens and slew the one out of every ten on whom the spell fell. For the rest, he ordered rations of barley instead of wheat. (after Plutarch, 1920).

However, perhaps the most famous case is that of the decimation of the Theban Legion in 286 AD. This legion was Christian, and they refused to aid in the persecution of their fellow Christians. In response, Emperor Maximilian ordered a decimation. 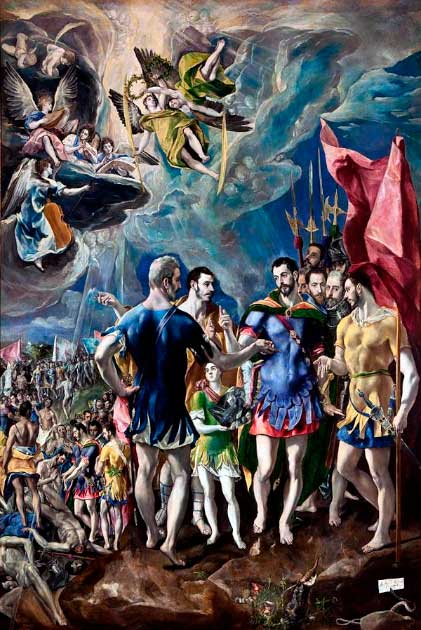 After the initial decimation, the soldiers still refused. So he ordered another one. They continued to resist. Maximilian continued the decimations until all 6,600 men of the legion were killed. The town in Switzerland in which these legions were stationed was later renamed Saint-Maurice in honor of their commander Maurice.

That being said, the use of decimation as a form of punishment for Roman troops was actually quite rare. The use of decimation meant not only the loss of soldiers but also the loss of morale. Since the men were beating their own friend to death, it obviously would have had a traumatic impact on them. It was simply too harsh a punishment, and so its use remained infrequent. 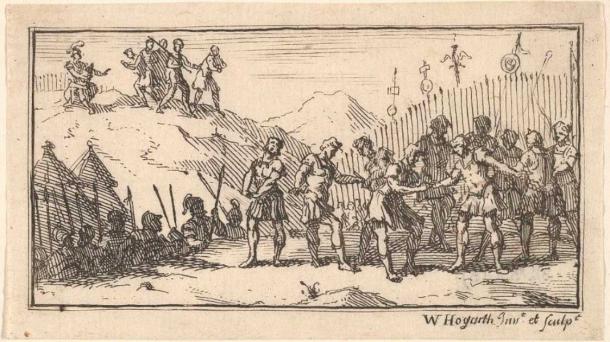 Decimation in ‘ The Roman military punishments of the beaver.’ ( Public domain )

The problems associated with decimation as a punishment did not prevent later military commanders from applying it as a form of punishment. After the Battle of Leipzig in 1642, Archduke Leopold Wilhelm of Austria ordered the execution of 90 random horsemen from a regiment of 900 for what he claimed was cowardice. The horsemen had fled the battle. Accounts differ on how they died. Some say they were hanged. Others say they were beheaded in front of their comrade. Today, a monument stands in Rokycany, Czech Republic, to commemorate their massacre.

Even more recently, during World War I, the French and Italians were known for ordering the decimation of regiments that fled, mutinied, or refused to fight. In the case of the French, the practice was enshrined in their military regulations when war broke out in 1914. It was put into practice in December 1914 when each 10th man of the Régiment Mixte de Tirailleurs Algériens s or “Algerian Infantry Mixed Regiment” were ordered to be executed. The orders were fulfilled on December 15. 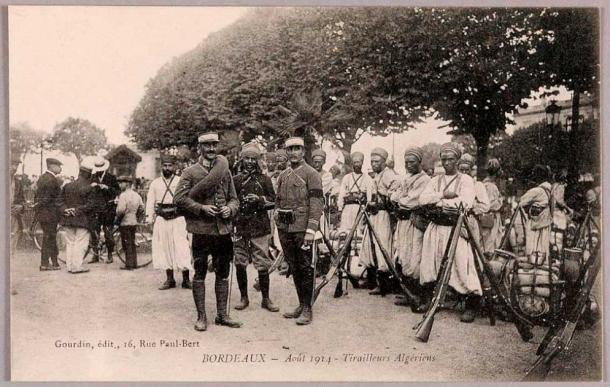 In the Italian army, Luigi Cardona was appointed chief of staff at the start of the First World War. Cardona was a hopeless strategist and a leader of men, but what he knew was how to be a ruthless disciplinarian. The men under his command were frequently sentenced to firing squads when it was his own shortcomings that caused so many failed offensives.

Despite this, more than 750 men were executed under his orders. According to some sources, Cardona ordered the decimation of Catanzaro’s 141st Infantry Brigade following a mutiny by the soldiers. This assertion, however, is not without controversy. 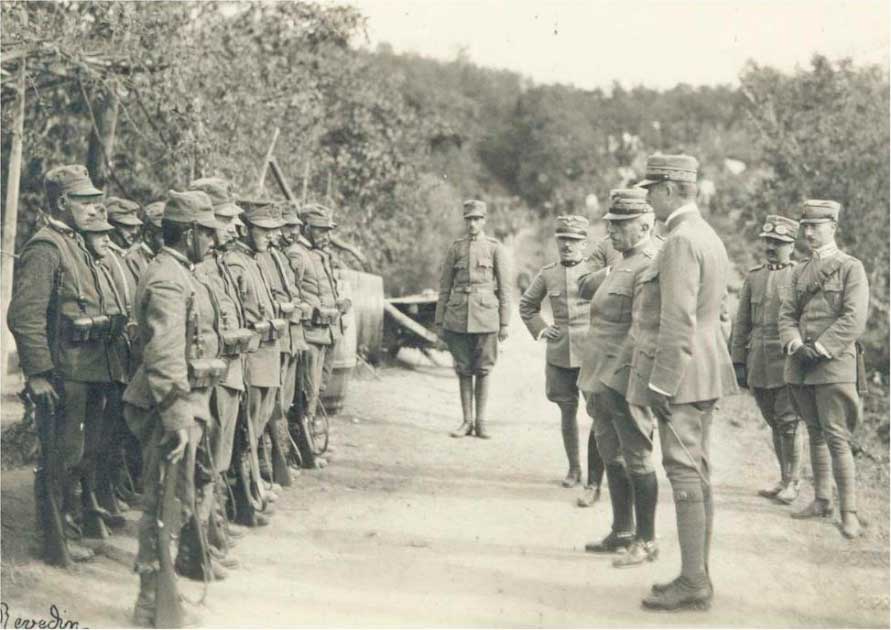 Decimation was used again a few years later during the Finnish Civil War of 1918. The Nationalist White Guard had captured the town of Varkaus from Communist rebels. They took the Communists prisoner and ordered them to a frozen lake, at which point every officer and every fifth soldier was ordered to step forward. They were then shot. Between 80 and 90 men were murdered. The event is known as the Huruslahti Lottery.