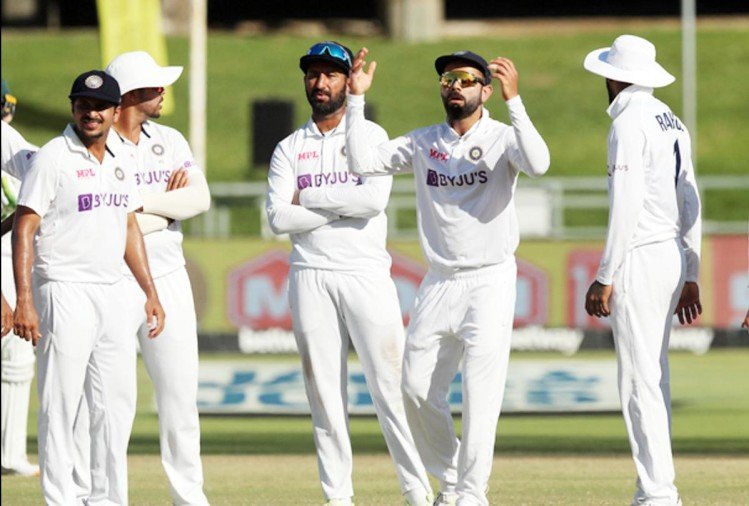 From the ruins often emerge the contours of a revival; if India heeds the signs, this latest mishap in South Africa could still provide a silver lining

When Virat Kohli’s side left Mumbai a month ago, they harbored realistic ambitions of becoming the first Indian side to win a Test series in South Africa. Not only were they the No. 1 ranked team in the world and their opponents a lowly No. 6, man for man, but they also had the most experienced and pedigree resources.

The belief that history was in motion took deep root when India claimed a convincing victory in the first Test at Centurion. KL Rahul led the batting with a sparkling century, Mohammed Shami led the bowling with a five-wicket shot and the visitors looked firmly on course to smash their duck.

But what about the best plans of men and mice?

On Friday afternoon, South Africa put up a sensational fightback, rising like the proverbial phoenix from the ashes to pull off a tough second chase in style and maintain their proud unbeaten record at home to India. The disappointment on the faces of Kohli and head coach Rahul Dravid did little to mask their astonishment at how a literal deal reached had gone so spectacularly wrong.

It’s not hard to see why India’s challenge fell so dramatically flat on its face. Their striker, the unique force, gradually becomes something of an Achilles heel, devolving quickly as the series deepened. Coming into their final round in Cape Town, India wondered where their next race would come from. In an abyssal display of lack of application and stomach for battle, India were blown away by South Africa’s high-class pace attack, with the continued misses of Cheteshwar Pujara and Ajinkya Rahane sticking out like a sore thumb.

The belief that India had the wherewithal to beat the South African lion to its own lair was steeped in common sense and practicality. Despite missing new Test vice-captain Rohit Sharma and all-around crack Ravindra Jadeja through injury, India looked like they had all the bases covered.

Granted, the middle order was not in top form, but the triumvirate of Pujara, Kohli and Rahane had to rise valiantly to the task of negotiating the sizable threat posed by Kagiso Rabada, Lungi Ngidi and Duanne Olivier. . After all, the two of them had played more Tests than the entire South African team put together and even though the Tests had let them down for two years, the class will still be out, right?

Despite all the grand proclamations about the temporary nature of the form and the permanence of the class, Pujara and Rahane did not change things. The former totaled 124 runs and an average of 20.66, the latter’s corresponding figures were only marginally better at 136 and 22.66 respectively. An XI with five full-time bowlers and therefore a short-batsman by choice had every reason to insist on bigger and more meaningful returns from a pair of experienced batsmen; recent evidence suggests, however, that they are well past their expiration date.

Collective responsibility theory, however correct, can no longer be used as a vehicle to bail out Pujara and Rahane. Their “shape” has spread too long for it to be more than temporary. Since the start of 2020, Pujara is averaging 26.29 in 20 Tests, Rahane 24.08 in 19 games. Between them they have a solitary hundred 11 half-century 73 innings. One wonders how great the permanent class is, doesn’t it?

India’s batting woes didn’t begin and end with Pujara and Rahane. After a promising start, substitute fly-half Mayank Agarwal fell into the technical quagmire that knocked him out of the playing XI, while KL Rahul blew hot and cold. Kohli, who was no longer the authoritative force until two years ago, was more infantry than general and Rishabh Pant didn’t really come to life until the final rounds of the series.

All of this meant that India had gone over 300 only once in six rounds; the remaining five totals ranged between 174 and 266 as the visitors casually threw strong positions with uncontrolled batting slumps, leaving bowlers too much to work with.

India were caught off guard by the incisiveness of the towering Marco Jansen, a somewhat surprising inclusion at the start of the series but a formidable force by the end. Standing at six-foot-eight, his steep rebound and angled left arm made life incredibly difficult for India’s flat-footed batsman. Jansen more than held on as he finished with 16 wickets at a better average and better strike rate than Rabada, who topped all comers with 19 scalps.

Between them, Rabada, Jansen and Ngidi accounted for 46 of India’s 60 wickets, ensuring the frighteningly fast Anrich Nortje didn’t miss at all. India, on the other hand, quickly started to look like a two bowler attack at the start of the third test, Jasprit Bumrah and Mohammed Shami leaving to do the clash and bowling duties. They accounted for 24 scalps, but with Mohammed Siraj crippled by injury and R Ashwin failing to translate the bravado into comebacks, they felt the pressure of having to do the heavy lifting, especially at the start of races – South Africa’s pursuits in the last two. Tests, both masterfully led by hitherto unrecognized but now very famous newcomer Keegan Petersen.

Maybe the Indians didn’t have enough data or didn’t do enough homework on Jansen and streak player Petersen, who was just the tonic the tireless Dean Elgar needed as he took on him to lead forward after the first Test debacle. In direct contrast to India’s floundering baton, South Africa grew in stature as the series progressed, with the likes of Petersen, Rassie van der Dussen and Temba Bavuma transitioning from boys to men in a visible, tangible and exemplary manner.

As India prepare for their next fixture in the World Test Championship, a two-legged home series against Sri Lanka in February-March, the time is near for tough but inevitable calls. Pujara and Rahane have outlived their usefulness, although Shreyas Iyer and Hanuma Vihari look forward to spending time under the sun. From the ruins often emerge the contours of a revival; if India heeds the signs, this latest mishap in South Africa could still provide a silver lining.