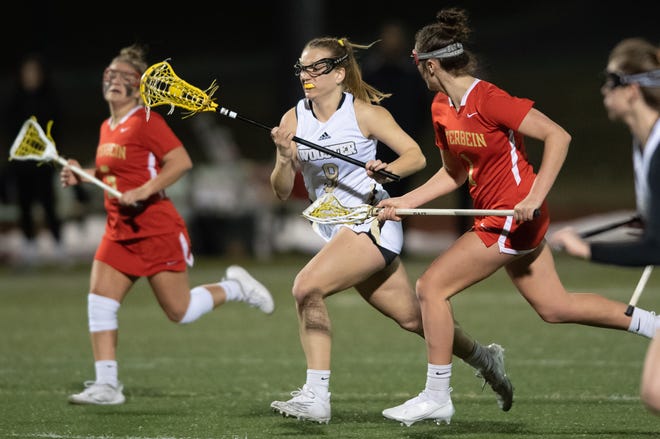 A quick recap of the last week of athletics at the College of Wooster:

Wooster had a banner week. Six in program history have scored eight goals in a game, but no one had ever reached nine before Wednesday night. Senior Syd Schuster accomplished that with 3:40 remaining in Wooster’s 17-11 win over Allegheny College. Schuster scored once in the first, four times in the second, twice in the third and twice in the fourth.

Other stats of note last week included a career-high 18 saves from senior CC Dent in Allegheny’s win and junior Clare Leithauser becoming the second player in program history to hit 70 rushed balls. in one season.

The all-around score helped Wooster’s women’s track team claim their first team title in an outdoor track and field meet with at least four teams since 2019, while the men claimed the runner-up status at Saturday’s Kenyon College Invitational.

Senior Will McMichael broke a 22-year-old Reggie Ray record. Ray, a W Association Hall of Famer and three-time All-American, clocked 48.70 in the 400 meters in 2000, and McMichael was a bit better at 48.47 on Saturday. Sophomore Dylan Garretson, who claimed ownership of the program’s outdoor pole vault record just a week ago, bettered it by clearing 15ft 10in.

Wooster shut out nemesis University of Wittenberg 5-0 in the quarterfinals of the North Coast Athletic Conference tournament on Friday. The victory moved the Scots into the top four, marking the highest on the program since 2007. Seniors Alon Liberman and Austin Hanna took an 8-2 victory in doubles No. 1, junior Alex Drewes and the senior Nebyou Minassie secured an 8-7(1) win at No. 2, and sophomore Shivam Dewan and freshman Patrick Johnson won 8-3 at No. 3.

Denison University won the semifinal game against Wooster 5-0, as did DePauw University in Sunday’s third-place game.

Senior Molly Likins hit three homers in four games for the Scots. Her third round trip of the week scored No. 16, moving the four-year-old star ahead of her sister Heidi Likins for the most in program history. The record home run came in Wooster’s 8-7 win over Denison on Friday.

On Wednesday, Likins homered on each end of a 4-3, 12-3 sweep over Allegheny, with the twin Bill’s second home run tying the sisters.

Sophomore Rachael Dudziak secured the save in the 8-7 win over Denison, giving him four for the year, a single-season record.

Sophomore Stephanie Griffin-Sanchez’s RBI groundout kicked off Wooster’s eventual 9-8 10-inning victory over Ohio Wesleyan University on Saturday. Likins kicked the tying run at home plate in the bottom of the 10th and the Scots denied the Battling Bishops a knockout victory in the eighth and ninth innings, when Ohio Wesleyan had the winning run at third base.

Denison won Friday’s doubles opener against Wooster 3-2, while Ohio Wesleyan did the same 1-0 on Saturday.

Wooster came in five strokes behind rival Wittenberg on Sunday, but the Fighting Scots couldn’t beat the Tigers in the NCAC preview.

Wooster lost 8-7 to Kenyon on Wednesday and 13-8 at Wittenberg on Saturday. Wooster scored three in a row to take a 7-6 lead in the fourth period of Wednesday’s draw against Kenyon. Two of the Scots’ goals came in transition. First, the long stick team was represented with Bill Holtzer’s second goal of the year at 1:36. Then a transition pass from second Vinny DiLeo went to classmate Charlie Ballou, who scored his 26th goal of the year with 3:06 to go.

Kenyon scored twice in the final 1:56 to win.

A LOOK AT THE FUTURE

Visit woosterathletics.com for the most up-to-date live stream schedules and links.