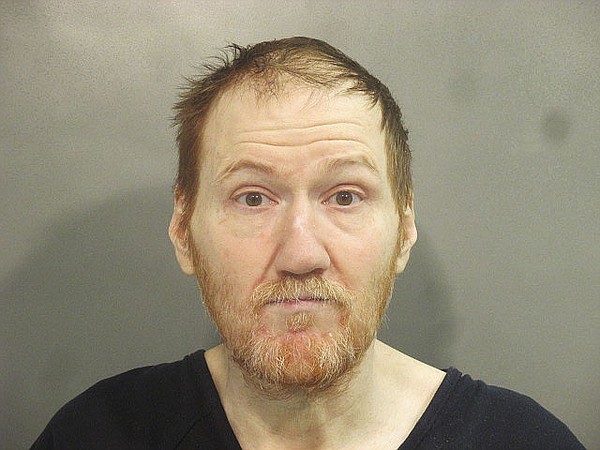 Washington County had two other cases of teenage murderers serving life without parole. These two men were released from prison.

• James Dean Vancleave of Springdale was convicted of capital murder for killing 23-year-old Debra King. He was 16 when he killed King on January 29, 1978 in a convenience store on Elm Springs Road. Vancleave stabbed King 16 times, cut his hand 11 times and attempted to slit his throat with a small hunting knife to get $30 from his purse. The cash register was not touched. Vancleave was paroled in March 2018.

• Dennis Wayne Lewis of Wichita, Kan., was convicted of capital murder and assault with intent to steal. Lewis was 17 when he killed Jared Jerome Cobb at Cobb’s Western Store and Pawn Shop in Springdale during an armed robbery on April 8, 1974. Lewis was released from the Arkansas Department of Correction on October 25, 2016 .

FAYETTEVILLE — More than three decades after smashing a little girl’s head with a large boulder, prosecutors, defense attorneys and doctors still disagree about Chris Segerstrom’s mental capacity to appear in court. a tribunal.

Segerstrom was 15 on July 26, 1986, when he took 4-year-old Barbara Thompson to a wooded area behind the Lewis Plaza apartments several blocks west of the University of Arkansas. He sexually assaulted her before hitting her head with a 40-pound rock and suffocating her.

Segerstrom, now 51, was convicted in 1987 of capital murder and sentenced to life without the possibility of parole.

However, the Supreme Courts of the United States and Arkansas, as of 2012, have ruled that minors cannot be sentenced to life without parole. The teenagers should at least have the hope of being released one day, according to the decisions.

Arkansas changed its law to allow life with the possibility of parole after 30 years to comply with the rulings. Anyone who was sentenced to life without parole as a teenager had to be sentenced again.

Because Segerstrom was credited during his original sentencing with serving 11 months in prison, he immediately became eligible to apply for parole. He was denied parole in July 2018.

The Arkansas Supreme Court later ruled that the state’s juvenile killer law does not apply retroactively to Segerstrom’s case. The court ruled that he should be allowed a sentencing hearing before a judge or jury where he can present evidence and testimony in his favour. The sentencing range is now 10 to 40 years or life, with the possibility of parole.

The parties have since fought over whether Segerstrom is too mentally ill to participate in his sentencing or if he is simply manipulative and faking — a term for faking symptoms. Circuit Judge Mark Lindsay is in charge of deciding.

A Wednesday hearing featured dueling opinions from doctors at Arkansas State Hospital, who have differing opinions about Segerstrom’s mental state.

Lindsay closed Wednesday’s hearing without commenting. Lindsay asked the attorneys to submit closing briefs by mid-week with their suggested findings of fact and law. Lindsay said he would review them and make his decision some time later.

Ben Crabtree, a defense attorney, said Segerstrom’s mental health was raised during his original trial more than 30 years ago and the case had “a long and storied history” since then. Crabtree’s father, Terry, was one of Segerstrom’s attorneys during his trial.

No fewer than 13 psychologists and psychiatrists have examined and treated Segerstrom over the years.

Prosecutor Matt Durrett now has a mental exam saying Segerstrom is fit to continue. He wants to move forward with a new conviction now or, if not now, keep open the option of having Arkansas State Hospital try to restore Segerstrom’s fitness to continue.

Durrett does not believe Segerstrom can ever be rehabilitated and will always remain a danger to society.

Durrett maintained that Segerstrom had a long history of manipulative behavior.

“He does certain things to achieve what he wants,” Durrett said. “He did a lot during his stays at the state hospital.”

Segerstrom could be brought back into shape with the help of drugs and then could be re-sentenced even if he suffers from an illness or a mental defect, argued Durrett.

Segerstrom bounced from jail to state hospital to court and back again for several years. He has been held in Washington County Jail for nearly a year pending a decision on the re-sentencing.

Segerstrom’s attorneys argue he is so out of touch with reality that he cannot be brought back into shape.

“We believe he is not fit to be re-sentenced,” said Kent McLemore, attorney for Segerstrom. “If the judge agrees, he will be incarcerated again.”

McLemore, who was a lawyer for Terry Crabtree during Segerstrom’s trial, said if Segerstrom is committed indefinitely to Arkansas State Hospital, then the question becomes whether he poses a danger to himself. or for the others if he is ever released. If so, he could be hired permanently, McLemore said.

McLemore and Crabtree questioned Segerstrom’s mental fitness to prosecute in 2019 after reviewing his health records and other records from the Arkansas Department of Corrections, interviewing him numerous times and corresponding with him by letter .

Their report indicates that Segerstrom understood the lawsuits against him, but lacked the mental capacity to effectively assist in his defense.

The doctor’s report of the mental exam, performed by Dr. Lacey Willet, detailed a disturbing pattern of bizarre behavior, substance abuse, criminal activity and mental problems beginning when Segerstrom was around 7 years old.

Dr. Melissa Wright reassessed Segerstrom, then ruled in February that Segerstrom was fit to be sentenced, even though she had diagnosed him with antisocial personality disorder.

Wright said Segerstrom is often predatory, having attacked and attempted to grope hospital staff, and exhibits manipulative behavior. But she found no legitimate psychotic disorder or schizophrenia. She said she was unable to corroborate the illusions.

“At the time I saw him he was basically fine,” Wright said.

A subsequent review by Dr. Benjamin Silber in June revealed the exact opposite – Segerstrom is still unfit to continue.

Silber told Lindsay on Wednesday that he diagnosed Segerstrom at the time of his examination with schizophrenia, antisocial personality disorder and a tentative diagnosis of intellectual disability.

Silber argues that Segerstrom is delusional and has “personalized” many conspiracy theories. His delusions compromise his ability to understand his case and make reasoned decisions and, therefore, directly affect his ability to engage effectively with his lawyers.

Segerstrom told Silber that an old woman was watching him through windows, reading his thoughts and working against him in court on behalf of the United Nations, to keep him incarcerated, according to Silber’s report. Segerstrom also has illusions about the United Nations, the antichrist and a new world order, he said.

Silber said he feared Segerstrom might try to share his delusional beliefs from the witness stand during a hearing. This could directly impair his ability to provide accurate and fact-based information to the court and also impair his ability to relate relevant facts, events and states of mind to his attorney.

“He’s not totally in tune with reality,” Silber told the judge. “If you believe that, you’re probably psychotic. Getting back into physical shape can be difficult.”