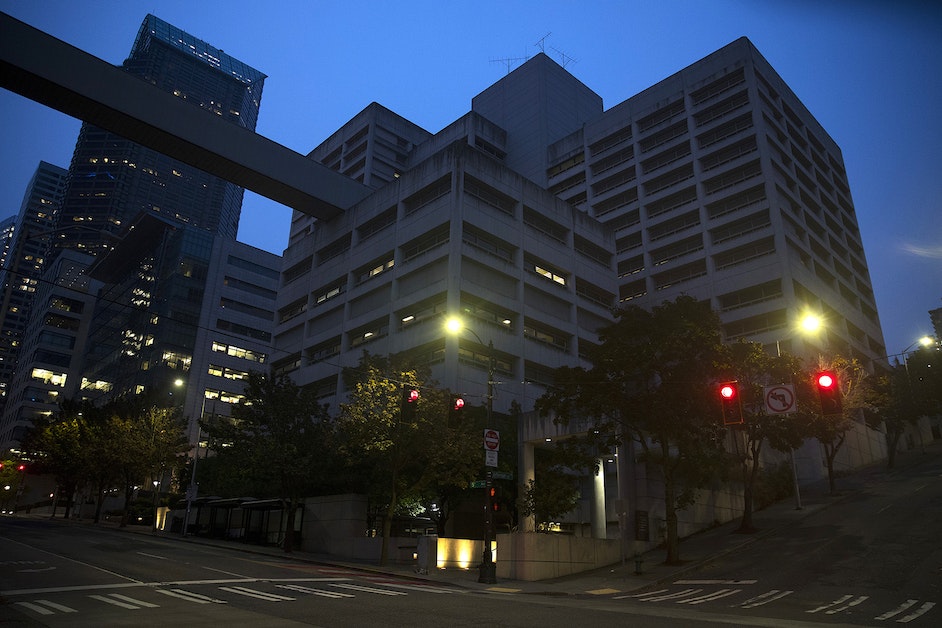 Experts say the suicide rate among King County Jail inmates has been extreme in recent years. Sidney Brownstone investigated the story for The Seattle Times. She spoke to KUOW’s Kim Malcolm about her reporting.

Please note: This story involves a discussion of suicide.

This interview has been edited for clarity.

Kim Malcolm: How big is this problem?

Sydney brown stone: Between August 2021 and July 2022, there were four suicides at Seattle’s downtown jail. This is one of two adult prisons operated by King County, and we just had another prison suicide earlier this month. These numbers may seem relatively small, but what you need to understand is that they are huge for this prison. There have been twice as many suicides in the King County jail system since the start of 2020 than in the previous eight years.

I also learned through my reporting that the rate is huge compared to national prison suicide rates before the pandemic. We don’t have data for pandemic years, but our suicide rate in the last 12 months is four times the national suicide rate before the pandemic. That’s not even counting two suicide victims who were released before dying in hospital. If we counted their deaths, our rate would be something like eight times the pre-pandemic national average.

When you decided to start investigating these deaths, did you start to see any patterns?

Yes. The four suicides I examined over the course of a year had two things in common. First, they were all part of the general population, which means they were not in restrictive housing for people considered to be at risk of suicide or suffering from serious mental illnesses. This does not mean that they could not have been identified as having mental health problems. One of the people who died by suicide had recently been admitted to hospital for being sexually assaulted, and another person had a long history of mental health crises. But basically, it’s not uncommon. Many people who end up in the general population might have serious mental illnesses or suicidal tendencies that they don’t share when screened.

The other common factor is that all four deaths took place in single cells. This is important considering that a lethal factor in suicide is usually isolation. This is also important in the context of prison conditions at the moment, as there is a severe shortage of staff, group programs are closed and in-person visits are mostly suspended. This means inmates can spend 23 hours a day in a cell alone, as there are not enough staff to get people out, and they have virtually no face-to-face interaction with the outside world.

How do these patterns relate to Covid protocols?

They are inseparable. In 2020, the prison suspended group programming to reduce transmission rates. They also started placing people mainly in single cells. King County Auditors also released a report saying avoiding double bunking would be best to reduce assaults and interpersonal violence. So that’s something that we really saw develop at the start of the pandemic.

The fact is that since the start of the pandemic, it may be less about the risk of Covid now and more about staffing. There is a serious personnel crisis. Correctional staff are losing about 100 positions. This represents about a fifth of the workforce. And if you don’t have staff, you can’t get people out of their cells, you can’t facilitate in-person visits, and you can’t facilitate group programs. Many things are linked to this personnel crisis.

And I understand there is a problem with the bunks themselves. Is it correct?

Right. When we look at suicide risk, we need to ask ourselves if people can afford to kill themselves. Three of those who died by suicide that year died in cells with known suicide risks. The prison first became aware of a design flaw in the bunks that gave people the option of committing suicide in 2020. But the prison continues to put people in cells with those same bunks. He is working on their modernization, but the work should not be finished before 2023.

I know you contacted King County officials for the story. What did they say they were doing to fix this problem?

It’s fuzzy, frankly, about what they’re doing. King County Executive Dow Constantine said he asked the jail to review its policies and procedures, and the jail responded that it was following best practices. A person might argue that placing people in cells with known suicide risks challenges this notion.

The thing is, everyone I’ve spoken to – King County Council member Constantine – agrees there is a need to reduce isolation by reopening in-person visits and group programs, but they didn’t tell me. given no clue as to when this might happen. The prison says they will when it’s safe, but I haven’t gotten any answers on what safe means, either in terms of Covid transmission or staff.

This comes at a time when we know many people are concerned about crime and public safety. There is pressure on the justice system to show it is doing something, which includes putting people in jail. I wonder what impact the political climate has on how this might be resolved.

To answer that question, we have to go back to 2020. In July 2020, Dow Constantine said it was going to close the Seattle Downtown Jail. It was built in the 80s, it’s decrepit, but also, this idea of ​​closing the prison was in line with this idea that prison shouldn’t be the place where people with serious mental illnesses end up because it doesn’t there is no other place for them. This shouldn’t be where the homeless end up. And the context at the time, of course, was the historic protests against police brutality.

There was a lot of talk then about how we might redesign the criminal justice system. To that end, over the past two years, the King County budget has removed approximately $1 million from the jail in anticipation of the closure of one of the floors. The prison population was low during the pandemic, and they assumed they could keep it that way. But since then, we have seen the opposite happen. The prison population has increased. We are now over 20% of what was budgeted. And there’s been an increase in reported crimes and the public is really concerned about public safety.

So these ideas around long-term reform come up against this wall where the mainstream conversation has tipped. It’s not about how can we incarcerate people less. Now it’s about how to put more people in jail. Bottom line, I think Democratic politicians are trying to balance past promises about major criminal justice reform efforts with current public sentiments around crime, and that has left prison as something of a radioactive topic.

Listen to the interview by clicking the play button above.

Have the Lions awakened the best of the Tigers' form?