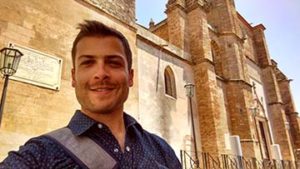 By Chelsea Coe and Rochelle Jones

Tesoro Cultural Center, a 501 (c) (3) nonprofit committed to protecting and making available to the community the artistic treasures of our American past, has reintroduced its annual educational programming, the 2021 Historical Lecture Series -2022. The series kicks off this Sunday, November 14 with an annual tradition: “The Night When the Stars Have Fallen,” presented by Ron Hranac and Sally Crum.

Each year, Tesoro invites nationally and internationally renowned historians, scholars, and authors to share their expertise on topics relating to the 19th century, particularly the history of the American West. There are generally several ways to experience each conference: an evening conference accompanied by dinner at the Fort; a free Sunday afternoon session at The Tattered Cover Book Store; or a free conference on Saturday afternoon at one of the two South Suburban Parks & Recreation Center locations: either the Buck Recreation Center in Littleton or the Lone Tree Hub. Tattered Cover lectures are free and offered at the East Colfax Bookstore. South Suburban Recreational Center conferences are also free and open to the public, but registration is required on their website. Dinner conferences at the Fort start at 6 pm and tickets cost $ 68 for non-Tesoro members and $ 60 for members; ticket purchases and reservations can be made online or by calling (303) 839-1671.

Each dinner conference at the Fort includes a fixed-price four-course dinner, including a free glass of house wine or a non-alcoholic colonche, prickly pear lemonade. For the first course, guests will enjoy the award-winning guacamole and salsa fresca with fries. The Fort’s house salad, with mesclun, jicama, grilled nuggets and pickled ginger, is served as a second course, accompanied by fresh breads. The third main course will vary for each conference, as will the fourth dessert course.

“The San Luis Valley: history at the crossroads of cultures“

Home to many firsts in the state’s history, the San Luis Valley is recognized as “the place where Colorado began.” Dr. Charles Nicholas Saenz explores the meaning of this phrase in relation to a history of conflict and collaboration along the borders of the Río Grande. Understand how Colorado became a contested space at the crossroads of Indigenous, Latino, and Anglo-Saxon experiences in the San Luis Valley.

Tom “Dr. Colorado” Noel will take you on a fast roller coaster ride through Colorado history. It updates the history of the boom and bust by taking a look at recent times of the hunt for craft beers and marijuana. Are these baby boomers now learning that in Colorado what goes up must come down?

“The South to Freedom: The Slaves Fleeing to Mexico and the Road to Civil War”

The Underground Railroad to the North promised salvation to many slaves before the Civil War. But thousands of people in the south-central United States escaped slavery not by heading north, but crossing the southern border into Mexico, where slavery was abolished in 1837. By Exploring Based on the experiences of these freedom seekers, Dr Alice Baumgartner will examine why Mexico abolished slavery and how its increasingly radical anti-slavery policies fueled the sectoral crisis in the United States.

Dr Charlie Carrillo will discuss the traditions, rituals and superstitions of La Cofradia.

If you had fought bravely, I would have sung for you. “Changing roles of Cheyenne women during the Plains War of the 18th century”

Dr David Beyreis will discuss the role played by Cheyenne women in the 18th century. Women are too often overlooked in the study of the indigenous peoples of the Great Plains. Stories of equestrian warriors fill historical narratives and ignite popular memory. Despite these male-dominated narratives, Cheyenne women have been instrumental in advancing the fortunes of their people in the region. Their work has earned them status and respect in the camp circle. They used female kinship networks to increase the power of their families. Their songs and gossip inspired Cheyenne’s men to show bravery in battle. Women also joined in, counting coups and winning war honors. Cheyenne’s wives and mothers also acted as diplomats, bringing peace to the region. Barely marginal figures, women were essential in establishing the rule of the Cheyenne on the Great Plains.

“New Mexico: the French presence since the 1500s”

The history of the French, French Canadians and other Francophones in New Mexico spans the past 400 years and all regions of New Mexico and the Southwest. Over time, Santa Fe has become a communication hub, with three main trails converging into the city: the Santa Fe Trail, northbound to Colorado and east to Missouri; to the northwest, the Old Spanish Trail, finally extending to California; and the Camino Real de Tierra Adentro, reaching south to Mexico City.

Through stories woven into the flow of time, presenter François-Marie Patorni will focus on the presence of Francophones in northern New Mexico, southern Colorado and the Santa Fe Trail. Guests will meet the first explorers , trappers and traders, Catholic priests, soldiers, entrepreneurs and others. Due to their large numbers, Patorni will focus on a few notable or unusual people and tell lesser-known stories.

George Bent, son of William Bent and his Cheyenne wife, Owl Woman, grew up surrounded by Cheyenne culture and history. In 1910 he wrote the following about his maternal grandfather, White Thunder: “He was not the chief, he was the keeper of the great arrows of sacred medicine and was regarded by the Cheyenne tribe as a holy man. . All the keepers of the arrows are consulted on the same. No-pi-no-no-Mie (White Thunder) was killed by Kiowas in action in 1838 on Wolf Creek 20 miles above Fort Supply.

This brief description of George is the basis of this program. Presenter Dee Cordry will take a detailed look at the life of White Thunder from around 1830 to 1838, when he died in action in what is now northwest Oklahoma. Guests will also examine White Thunder’s connection to his descendant, Southern Cheyenne Peace Chief Harvey Pratt.

For more information and to order tickets, visit tesoroculturalcenter.org/historic-lecture-series. To support Colorado arts and culture and become a member of the Tesoro Cultural Center, visit the organization’s website. All subscriptions include discounted dinner conferences for the Historic Lecture Series and include invitations to exclusive events, such as the annual holiday auction party, “Meet the Artists” Patron Parties and more. .

About the Tesoro Cultural Center

The Tesoro Cultural Center (Tesoro means “treasure” in Spanish) is committed to protecting and making available to the community the artistic treasures of our American past. All Tesoro events are inspired by Colorado’s rich history and shared experiences with cultures of the Southwest, Spanish, Mexican, Native American, African American, and early European cultures. From art and cuisine to pageants and music, the mission of the Tesoro Cultural Center is to create enriched community events and educational outreach programs designed to preserve and celebrate our cultural heritage. For more information, please visit www.tesoroculturalcenter.org, or follow @TesoroCulturalCenter on Facebook.

Why Some Jedi and Sith Use Two Lightsabers (Jar'Kai Method Explained)