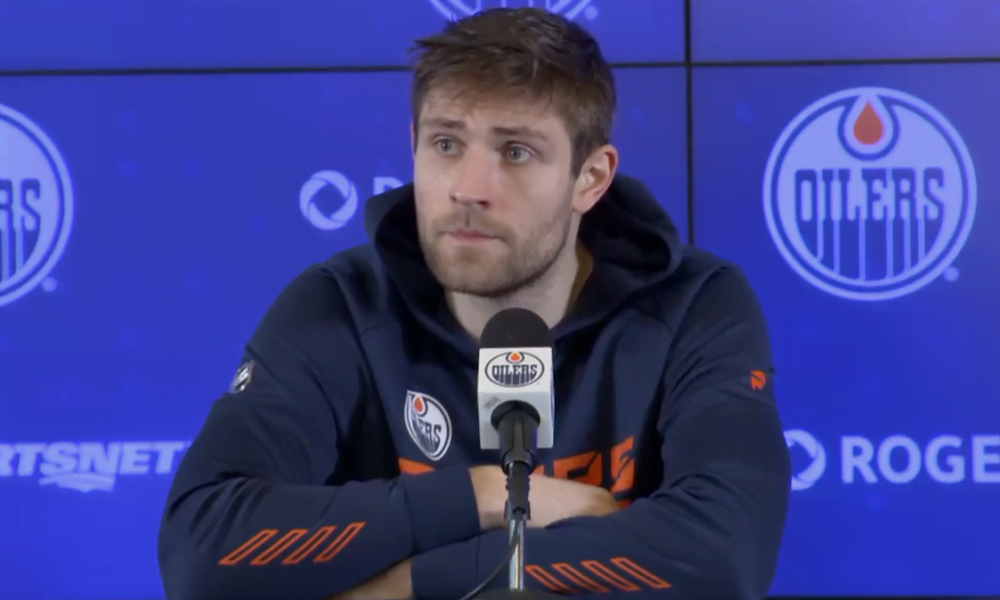 A question must be constructed to get the best possible answer.

That was the guideline I learned as a journalist, which makes sense. You don’t hear the questions in a story. You usually don’t read them. The questions operate offstage, the invisible lever that extracts the good stuff from the subject.

However, the dynamic changes when the interview is conducted in public. I learned this firsthand when I transitioned from journalist to radio host in 2013. Suddenly, my questions were part of the content consumed. This is increasingly becoming the reality for anyone covering professional sports now. Not only have press conferences themselves become part of actual sports programming, but these press conferences are increasingly the only access for professional athletes, given post-pandemic locker room restrictions.

But whenever I start to think it’s important to consider how a question sounds to the audience, instead of focusing on the response it elicits from the subject, I inevitably remind myself of where that thinking leads. This week it was Jim Matheson, a veteran Canadian hockey reporter in Canada, who confronted Leon Draisaitl of the Edmonton Oilers over his refusal to cooperate.

For one thing, this kind of tension has existed in pro sports for decades. It’s inevitable, really, that the people paid to play the games will sometimes disagree with the people paid to critique their performance. The difference now, as Ian Casselberry pointed out here at BSM yesterday, is that the tension is increasingly visible.

Personally, I love these moments. Watching someone become sensitive in public is catnip to my superficial sensitivity. But professionally, there’s something to be learned here by going back to the question that triggered each stalemate. Let’s start with Matheson.

“There are a lot of reasons why the Oilers are playing the way they do, in terms of wins and losses,” Matheson said. “What do you think is the main reason for the losses now? Is there one thing, in your own mind, that you say, “We need to improve in this area”? »

This is a bad question for two reasons, the first being that it is actually two questions. “Double-barreled” is the term used by John Sawatsky, a Canadian journalist, an absolute prince of a man and an unrivaled expert in improving interview techniques. In two days, John taught me more about good interview tactics than I learned in 20 years of weekend workshops and brown bags at work. This won’t be the last time I mention it in my posts here at BSM.

John’s best advice is also the easiest to implement and yields the most immediate results: ask a question. Just one. If you add a second question – either out of nervousness or trying to phrase it better – it will confuse even a cooperative topic. If you have an uncooperative subject, it provides an output. A chance to answer the less difficult question, then stare at you to indicate it’s your turn.

This is exactly what happened to Matheson. Here is Draisaitl’s answer: “Yes, we have to improve in everything.”

Matheson asked if Draisaitl was ready to expand; Draisaitl was not, adding a sarcastic aside which Matheson might add as he knew everything. Jameson then asked Draisaitl why he was so “pissy”.

“Hmmmm,” Draisaitl said, raising his eyebrows as if he hadn’t heard.

“I’m not,” Draisaitl said. “I’m just responding to your-” how badly he got cut by Matheson.

“Yes, you are,” Matheson said. “Every time I ask a question.”

Now, it’s likely that Draisaitl’s problem has nothing to do with the question Matheson posed. It is possible that no question posed by Matheson will get a good answer. But because this question was poorly constructed, it left Matheson stuck with the choice of accepting Draisaitl’s terrible answer to his bad question or creating a confrontation. He chose the latter, and while I don’t think that was wrong, per se, or that he overstepped his bounds, Matheson looked like the aggressor. And I suspect this will be the last useful piece of content he will ever receive from Draisaitl.

This is the point where my column was originally supposed to end. Then I saw Ian’s post, which included an exchange between Gary Washburn, a reporter at boston globe, and Celtics guard Dennis Schroder, who was just as uncooperative as Draisaitl. It provides the perfect example of how a better question changed the nature of the stalemate.

Washburn’s question wasn’t perfect. There are technically two questions, although I would say he just rephrased his question about being comfortable. It was also a yes-no question, which doesn’t tend to be as powerful as a question that seeks an answer to how or why something happened. I nitpick, however. The force of this question was revealed when Schroeder bristled.

Schröder: You with Boston? Do you work for us?

Washburn: I cover the Celtics. I’m just asking if you feel more comfortable since the last two games.

Washburn: My fault. Do you feel more comfortable? How did you feel playing today?

Schröder: Not good enough for you, huh?

Washburn: No. I’m talking about the rebound.

At no point in this back-and-forth does Washburn have to do anything but rephrase his question: Do you feel more comfortable? Schroeder has a choice whether to answer it or not, and ends up skirting the question without answering it.

Washburn never has to say he was unhappy with the response or call out Schroeder for not cooperating. He never has to assume an antagonistic position or role. He’s courteous and even accepts responsibility for a question Schroeder doesn’t like. Ultimately, Schroeder’s defense speaks for itself. And that’s significant given how many people are now watching not only the answers provided by athletes, but also hearing and, in some cases, seeing the questions that provoke them.

When Ian wrote about these situations on Thursday, he concluded with a very poignant observation: “Tensions are now out in the open, when they might have happened before in a corner, away from everyone’s attention. And when these dialogues become public, people feel the need to side with the journalist or the athlete. Which side you’re on as a fan probably depends on your perception of the media.

He’s absolutely right, but I would add one thing to that. A well-constructed question is your best defense not only against an unpleasant topic, but also against audience members who are predisposed to blame you for upsetting the athlete.