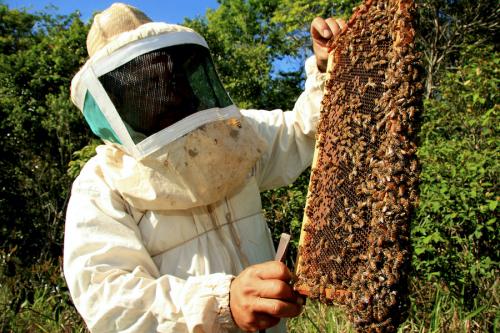 A California Court of Appeals recently found that the bumblebee is a “fish,” at least for the purposes of certain provisions of the California Endangered Species Act (Cal. ESA). Because bumblebees are “fish”, they can be subject to Cal. ESA. While this finding would be contested by elementary school-aged children everywhere, this decision – in Almond Alliance of California v. California Fish and Game Commission – illustrates how the courts can sometimes arrive at justifiable, but totally counter-intuitive results.

The case involved the question of whether four species of bumblebee could be protected by Cal. ESA. The court found that they could be protected under Cal. ESA because, while “fish” is “colloquially and commonly understood to refer to aquatic species”, the Cal. The ESA uses it as a “technical term” to mean something different from its common usage. Bumblebees are “fish” for two main reasons:

We briefly discuss these issues in turn.

California’s first endangered species law, passed in 1970, allowed the Commission to protect as “endangered and rare animals”, “an animal of a species of subspecies of birds, mammals, fish, amphibians or reptiles” meeting specific statutory criteria. When the Cal. The ESA was amended in 1984, the California legislature considered whether to add “invertebrates” to the list of “birds, mammals, fish, amphibians or reptiles” that could be protected as endangered species endangered or threatened (successor terms to “endangered and rare animals”, which were used in the Cal. ESA of 1970).

The legislature ultimately chose not to do so, presumably due to a

regulatory analysis by the California Department of Fish and Game and Natural Resources Agency (hereafter, “Fish & Game analysis”) which concluded that the Commission “already had the authority to list invertebrates” under Cal. The ESA “and had previously listed three invertebrates as endangered or rare animals.” The Fish & Game analysis specifically noted that the pre-existing law granted the Commission the “power to designate insects [like butterflies] as endangered or threatened. The specific grandfather clause in past rulings regarding endangered or threatened animals—including those that list terrestrial molluscs as in need of protection—has been included in Cal. ESA.

The court found the language grandfathered in California. The ESA must be decisive for the results. In reviewing the Commission’s list of bumblebees, the Court of Appeal gave “great weight” to Fish & Game’s analysis because “a contemporary interpretation is likely to reflect the understanding of the Legislative Assembly that has promulgated the law, which will not be the case with an administrative construction made many years after the fact. Here, the court noted that the legislative history shows that “the legislature endorsed the Commission’s interpretation that[gaveitthepowertolistaterrestrialspeciesunderthedefinitionoffishAccordinglytheCommissionhasthepowertolistanyinvertebrateasathreatenedorcandidateendangeredspecies-solongasitmeetstheotherrequirementsofCalESA”[luiadonnélepouvoird’inscrireuneespèceterrestresousladéfinitiondepoissonEnconséquencelaCommissionalepouvoirderépertoriertoutinvertébrécommeespèceenvoiededisparitionmenacéeoucandidate-tantqu’ilrépondauxautresexigencesdeCalESA

Does Home Depot's Q1 record make the stock a buy?