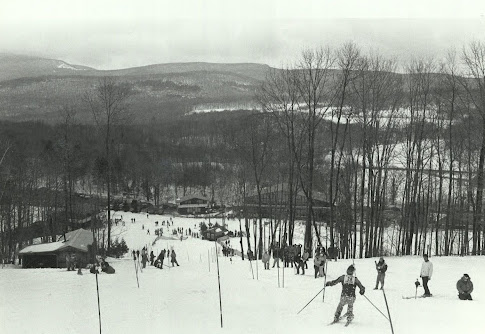 In February 1915, the College’s Trails and Byways Committee—an organization that would soon become the Williams Outing Club (WOC)—organized an afternoon of winter sports competition. “Ideal weather conditions favored the first annual ski and snowshoe meeting”, Registration reported in its March 1, 1915, issue. Ten College students took part in the competitions that would soon become a staple of the season: the Winter Carnival.

The Winter Carnival has always been “a tribute to winter,” said Peter Hillman ’75, an alumnus who still remembers the annual festivities from his time at the College more than 40 years ago. At the start of the carnival, its main event was a ski meet between New England schools, including Dartmouth, Middlebury and the University of New Hampshire, according to the WOC website. “It was the only time in the season when you saw your peers who were [varsity] skiers, and they were amazing,” Hillman said.

But over its century-old history, this late February weekend has come to include so much more than just watching the ski team compete: friendly competitions between residences, original winter activities and competitions, shows and catered meals – unified by a single theme. chosen for the event by the WOC.

Although the practice was abandoned in the past two decades due to unreliable winter conditions, ice sculptures were an important part of past winter carnivals. Each dwelling house sculpted statues made entirely of the snow they could find, drawing inspiration from the design of the year’s theme. Katie Scott ’82 remembered the year when the carnival theme was Alice in Wonderland. “[Mission] had Tweedledum and Tweedledee, there was Alice in front of Morgan, the Caterpillar on the Mushroom in front of Thompson Chapel, Mad Hatter from Greylock, the Rabbit Going Down the Hole behind Dodd, and Humpty Dumpty in front of Perry House,” she mentioned. According to Scott, students would pour water over their creations before going to bed, hoping the water would freeze overnight to preserve the sculptures for as long as possible. 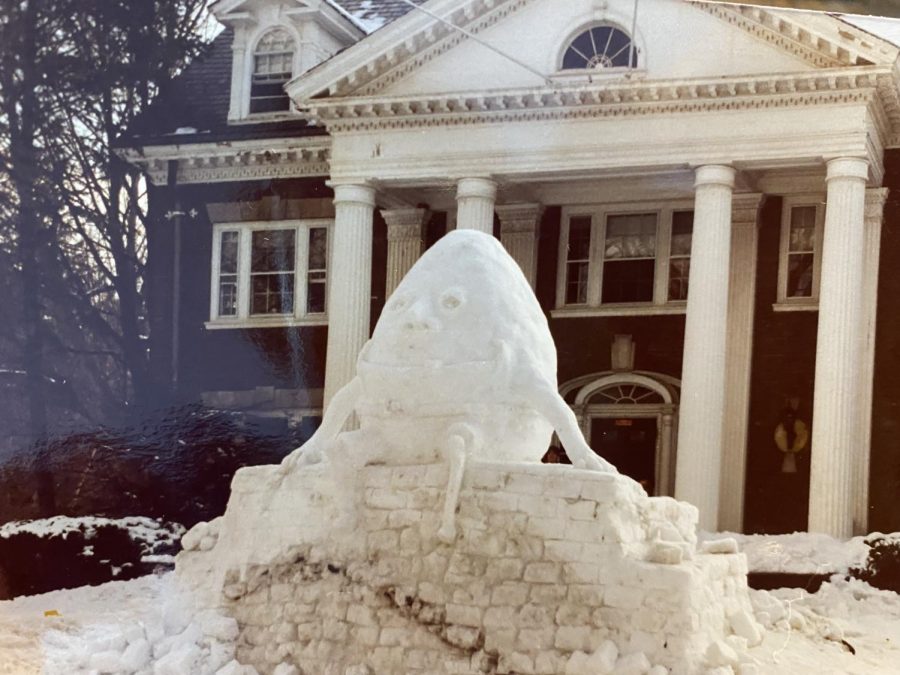 “It’s something I can imagine every Williams student from that period remembers,” Hillman said. “There was a very strong tradition of artistic and creative ice sculptures, and it was a competition.”

The winter carnival was also the occasion for more refined dinners than the students expected from the dining halls. “The dinners were special and something you looked forward to in your house, because – you know – residential food would become a bit [repetitive] after a while,” Hillman said.

Scott remembered that each house held its own banquet. “We had fancy dishes, and they were laid out on the tables — not cafeteria-style,” she said.

According to Hillman, some residence halls allowed students to invite a small number of guests to their dinner party. “I had a few friends inviting me to Dodd House – that’s where you wanted to go,” he said. “It was the old Williams Inn – perfectly set up for a good dinner.”

To fill the weekend schedule, students also participated in less traditional winter activities. A 1996 Winter Carnival program includes a broomball competition – a version of ice hockey played with shoes instead of ice skates. If there was enough snow, students would find new ways to hit the snowy slopes. “‘Traying’ has become a professional sport,” Hillman said, referring to students’ use of dining hall trays as sleds to race down hills on campus.

A Registration 1916 article reported an activity in which a participant was pulled on skis by horses. “The ski joëring races, embellished with a few small accidents, easily enlivened the afternoon.

Program Archive and Registration bringing back even more fun details in winter: banana eating contests, jazz concerts, bobsled races, fireworks, film screenings and even a beauty contest. “There was no way to take advantage of half of these things,” Hillman said. “That was the goal – to spread it and try to have something for everyone.”

While the day was filled with healthier activities, winter carnivals have always been characterized by a late-night party culture. Many years, All Campus Entertainment (ACE) was planning a concert for the students. Hillman recalls The Byrds were scheduled to play in the early 1970s, but had to cancel due to extreme weather conditions.

However, each house also hosted its own parties, sometimes with DJs and jukeboxes, according to Hillman — a tradition that continued long after his time in College. A Registration 2001 article reported “At Perry House, the Humming [a campus band] performed live while Currier House featured a DJ and danced. Over 675 cubic feet of packing peanuts were used to cover the floor at the Spencer House party.

And, of course, these parties would include the consumption of alcohol, sometimes even to the knowledge of the College. Like a 1951 program read on the cover, the event was an “Invitation to Participate in an Intoxicating Weekend” – the Carnival theme of that year. “There was a lot of heavy drinking Friday through Sunday morning,” Hillman said. “There was a beer blowing contest every year. And it was, I must say, the most anticipated [event].”

The winter carnival has become a welcome opportunity for students to leave school stress behind for the weekend. “It came at the right time at the start of second semester, where you had just enough time with your second semester classes to know it was going to be another killer workload, but you weren’t that far off from studying. winter when you felt looser and more playful,” Hillman said. “It was an opportunity to capture some of the last vestiges of that winter study feeling and let loose without that mid-term exams. -course, final papers or graduation do not arrive.”

This year’s Winter Carnival – which will be Charlie Brown themed – will be held February 17-19, and there will be a variety of student performances and winter activities for students and staff.