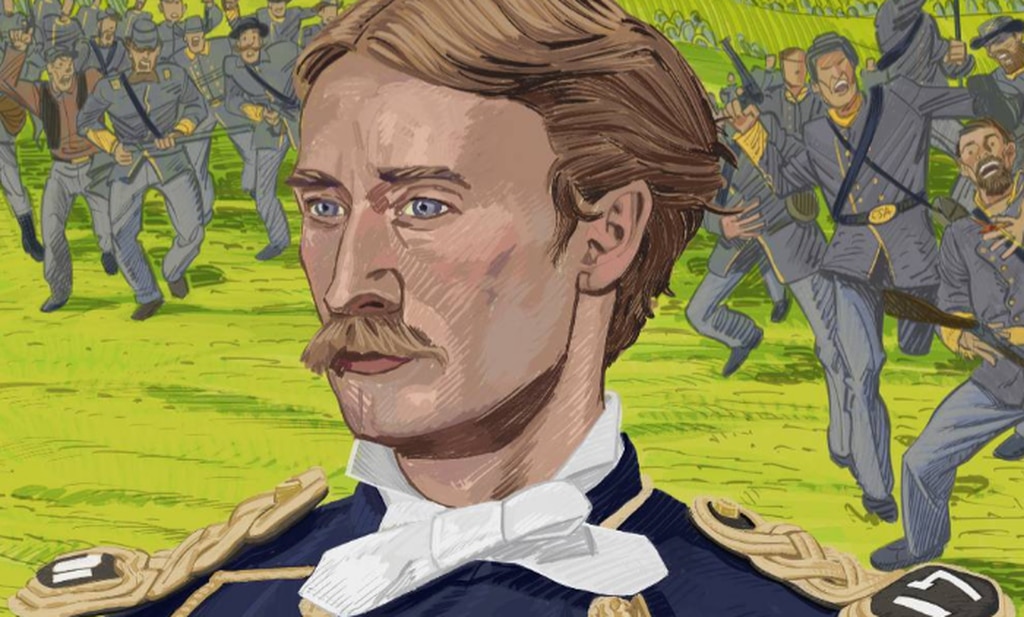 George Armstrong Custer, best known for his “last stand” at Little Big Horn, was renowned for his daring in battle. However, what you might not know is that he had a little brother named Thomas Custer, who turned out to be legendary in his own right.

Young Custer is the subject of the latest in a series of graphic novels from the Association of the United States Army commemorating Medal of Honor recipients.

Thomas Custer was the first soldier in United States history to receive two Medals of Honor for two distinct and separate acts of bravery.

During the Civil War, Custer was just 16 and lied about his age to enlist in the Union infantry before becoming a cavalry officer. He received his first Medal of Honor for a charge against an enemy barricade at the Battle of Namozine Church in Virginia.

On April 3, 1865, at just 20 years old, he took 14 prisoners and managed to snatch the Confederate flag from its bearer, creating chaos for the enemy, according to Department of Defense records.

Just three days later, Custer captured two more flags at the Battle of Sailor’s Creek. As he led the charge, his horse was cut down from under him, but he continued. He was injured and taken to a local hospital, records show. This was the second campaign for which Custer received the Medal of Honor, making him the first soldier to receive the military’s highest honor twice.

Throughout U.S. history, a total of 19 soldiers have received two Medals of Honor, according to the Department of Defense.

The Custer-centric graphic novel marks the third of four AUSA plans to release in 2022.

“These full-color digital books are created by a talented team of professionals drawn from the world of the comics industry, and details are verified by professional historians,” according to an AUSA press release. “Each eight-page issue features a true American hero, bringing to life the daring deeds that distinguished themselves by bravery in action ‘beyond the call of duty’.”

AUSA has been publishing these books for nearly four years.

“The series started in October 2018 with the release of Medal of Honor: Alvin York to commemorate the centenary of York’s heroic actions during the First World War,” the statement read. “To date, fourteen issues have been published, commemorating heroes such as Audie Murphy, Mary Walker, Daniel Inouye, Henry Johnson and Roy Benavidez.”

To read Medal of Honor: Tom Custer online or to download a copy, you can visit www.ausa.org/custer.

Sarah Sicard is an editor at the Military Times. Previously, she served as Digital Editor of the Military Times and Editor-in-Chief of the Army Times. Other work can be found in National Defense Magazine, Task & Purpose and Defense News.