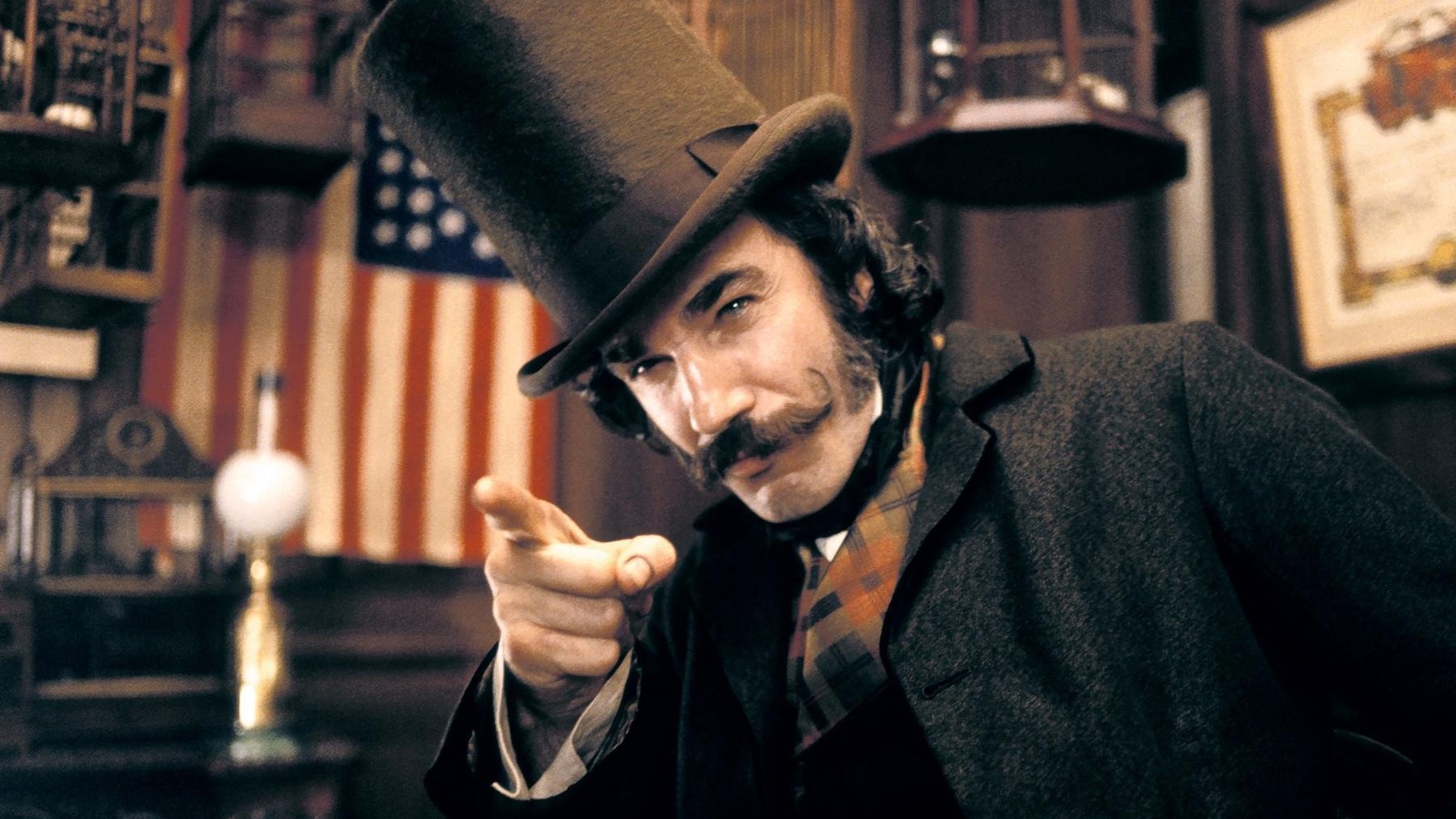 “Gangs of New York” by Martin Scorsese, based on the 1927 book “New York Gangs: An Informal History of the Underworld“, was a passion project that the filmmaker first obtained the rights to make into a film in the late 1970s. “Gangs of New York” is set in New York in 1862 and follows the colorful street gangs and formally organized of the time as they fought to control the resources and politics of the city.The conflicts would lead to outright wars in the streets, where hundreds of gang members would come together to kill each other by the score. Because Scorsese wanted to accurately represent 1862 New York, and because no modern cities seemed appropriate, he demanded that an entire city be built from scratch. The ambition of “Gangs of New York” is obvious. in his visuals; Scorsese was clearly adding more and more detail as the extended production dragged on. looks as if it had been in production for decades. It was nominated for 10 Oscars and won none, losing Best Picture to “Chicago.”

In “Gangs of New York”, Daniel Day-Lewis plays a character named William “Bill the Butcher” Cutting, who is extrapolated from the real gang leader William Poole. Poole was a vicious nativist and the leader of the notorious Feast of knowing nothing in the United States, which oppose immigration, preach racist rhetoric and make xenophobia a way of life. The nativist politics of the No Nothing party is still voiced by many politicians today. Their name comes from their origins as a “Fight Club” type secret society, and the phrase they would use when asked about it. In Day-Lewis’ version of the character, Poole/Cutting was also an outspoken, violent dandy who dressed in loud clothes, sported an extremely elaborate mustache, and had a glass eye with an American eagle on it.

Bill the Butcher serves as an ersatz father figure to “Gangs of New York” protagonist Amsterdam Vallon, played by Leonardo DiCaprio. Eventually, the two come to blows over conflicting philosophies, but mostly because Vallon is on a revenge mission to kill the man who murdered his father (Liam Neeson).

In order to play Bill the Butcher, Day-Lewis would stay in character until a foul. He constantly spoke in Bill’s unique Yankee dialect (a weird televangelist wink; he read the Bible and the poetry of Walt Whitman to repeat), and, according to a profile in The Thingswould go out into the world to fight with strangers.

Russia and Ukraine have long been the subject of this filmmaker