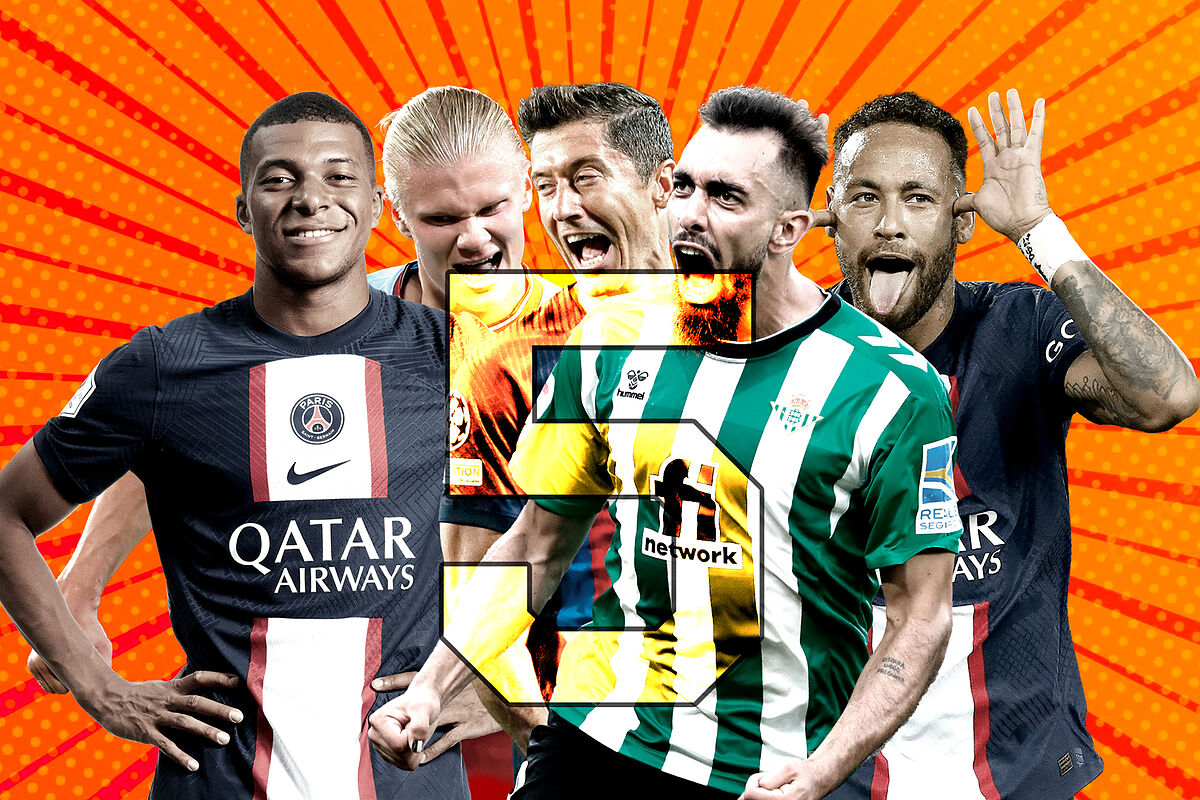 Lethal. Exact. Infallible. These are the Magnificent Five. These players guarantee goals. They are the only players in Europe’s top leagues to average one or more goals per game in their respective leagues.

Robert Lewandowski and Borja Iglesias in Liga Santander; Erling Haaland in the Premier League; and Neymar and Kylian Mbappe in Ligue 1, is torn apart at the start of the season.

LewandowskiBarcelona’s debut in Barcelona was spectacular. New team, same performance. The Pole still continues his job of scoring for fun. He is La Liga’s current top scorer, with eight goals in six games, averaging 1.33 per game.

He goes down in Camp Nou history, having scored eight goals in six games, five of them in back-to-back games. This tally hasn’t been reached by any of the top recent strikers who have signed for the club.

Borja Iglesias is on fire. The ‘Panda’ is the only LaLiga player who maintains the battle with Lewandowski for the Pichichi.

Six goals, including three from the penalty spot, have been scored by the Real Betis striker in six games, at the rate of one goal per game. Moreover, he is almost 100% effective when the ball is on target. Seven shots were on target, six of which ended with the ball in the net.

It seems to have no limits. HaalandThe Premier League numbers are out of this world. No adjustment period was needed for the Norwegian, who scored 11 goals in seven games, which is an incredible 1.57 per game.

These figures are absolutely inaccessible for the other strikers. Besides that, he also added an assist.

Whereas Kylian Mbappe and Neymar allegedly do not agree on the ground, there is no problem on that.

Neymar has scored eight goals in eight Ligue 1 appearances for PSG. The Brazilian is at his best.

Mbappe also averages one goal per game, although he missed the first game of the season due to physical problems which prevented him from playing against Clermont Foot.

Since then, he has played every game and scored seven goals in as many games.

Everything you need to know about record holder Ethan Nwaneri