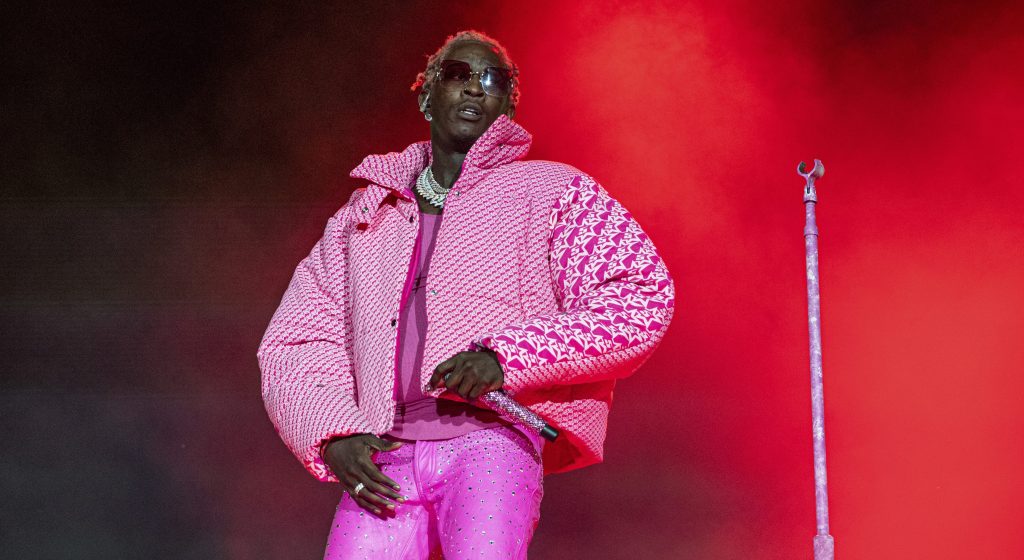 Rapper Young Thug, who was arrested for RICO in Atlanta two months ago and remains in jail without bail, will be the subject of documentary projects being developed by Alex Gibney’s Jigsaw Productions and Rolling Stone Films, the companies announced today. today.

Jigsaw and Rolling Stone are in the early stages of producing a documentary series and audio podcast about the rise and rise of the legal troubles of Young Thug, aka Jeffrey Williams, and his record label, YSL, that a Georgia court said in an indictment was essentially a “criminal street gang”. The hip-hop star continued to make headlines even this week, as a court in Fulton County, Georgia denied him and fellow rapper Gunna bail, citing the potential tampering with witnesses.

The lack of a conclusion to the Young Thug legal saga is no obstacle for the producers, who seek to tell the dramatic developments “in real time” in two different forms.

Gus Wenner, CEO of Rolling Stone, and Jason Fine, Senior Vice President of Rolling Stone Films, are overseeing the two Young Thug-related projects as executive producers. For the documentary series, Stacey Offman and Richard Perello of Jigsaw Productions will serve as executive producers. Sruthi Pinnamaneni will be in charge of adapting the podcast.

Both projects are currently untitled and directors have not been set for either.

The companies describe their multimedia column of Young Thug (pictured above performing at the Lollapalooza festival in Chicago last August) as a tale set against “Atlanta’s hip-hop boom and the RICO affair in court against YSL which charges Young Thug and 27 other alleged collaborators with crimes ranging from racketeering to murder.The projects seek to separate fact from fiction from the criminal charges against YSL members, while questioning the controversial practice prosecutors using rap lyrics as evidence of criminal activity, and the result will be a wild and thrilling story of music, money, crime, and hip-hop on trial.

“We are thrilled to partner with the talented team at Jigsaw to tell this ambitious and important story on one of the most compelling and controversial music scenes today,” Wenner said in a statement. Added Fine, “Rolling Stone’s in-depth coverage of Atlanta hip-hop gives us unique access and perspective on this story, and we’re thrilled to tell one of today’s most compelling cultural stories. , because it happens in real time.”

Said Offman, “Jigsaw is thrilled to partner with the formidable team at Rolling Stone to explore the history of Young Thug and YSL Records in a style that is both gripping and journalistically rigorous. It’s an intriguing tale with endearing characters and huge First Amendment consequences when a song’s lyrics are applied in an indictment.

Jigsaw, a subsidiary of Imagine Entertainment led by Oscar-winning director and producer Gibney, has been behind feature-length documentaries such as the Emmy-winning “Going Clear: Scientology and the Prison of Belief,” “Taxi to the Dark Side”. and other projects such as ‘Enron: The Smartest Guys in the Room’, ‘Divide and Conquer: The Story of Roger Ailes’, ‘The Inventor: Out for Blood in Silicon Valley’ and Gibney’s recent feature film ‘ The Forever Prisoner”. ”

Rolling Stone has branched out into the documentary film as well as the podcast spaces with projects such as a Showtime docuseries about embattled rapper Tekashi 6ix9ine, “Supervillain,” a Gibney-directed documentary about Rolling’s history. Stone for HBO, a documentary Little Richard (“I Am Everything”) for CNN, and a “500 Greatest Albums of All Time” podcast for Amazon. With former Rolling Stone publisher Fine at the helm, Rolling Stone’s media team is said to have over 35 projects in development or production.