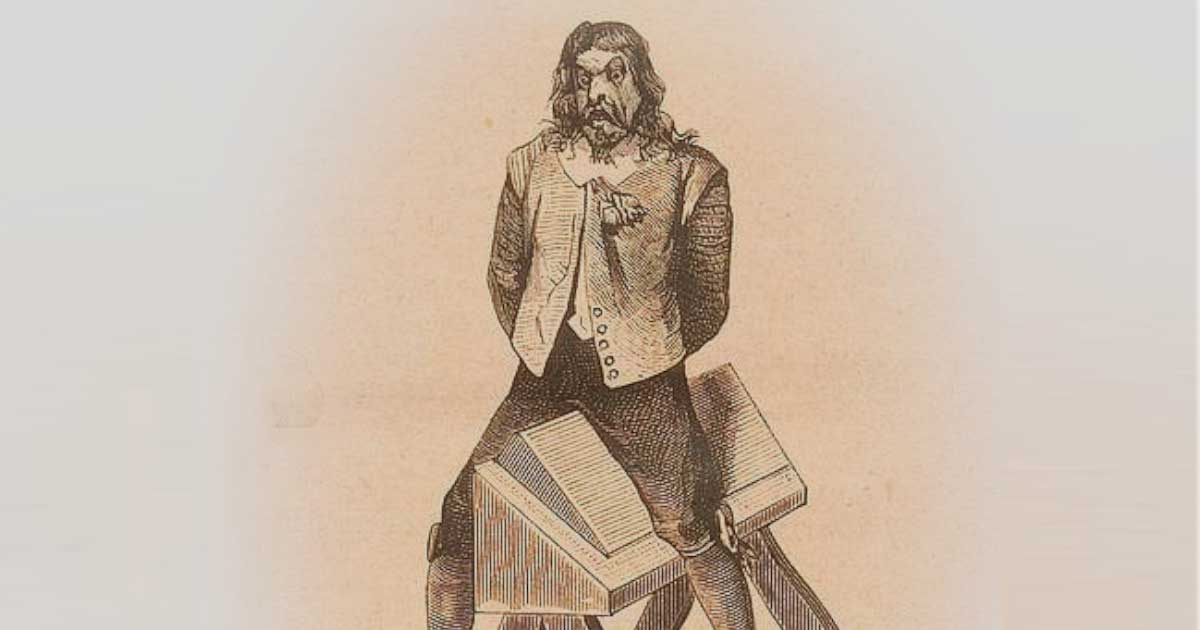 Throughout history, two things have remained constant. First, the mixing of cultures has produced countless local variations of original ideas, whether in cuisine, language or fashion. Second, human history is a never-ending story of brutality and heinous torture, with most places in Europe celebrating the public dismemberment of “seemingly” unsociable members of society in the Middle Ages. Human society seems to enjoy the visual spectacle of pain and suffering experienced by other human beings since time immemorial. And many would argue that the most gruesome medieval torture device of all time was the Spanish donkey or wooden horse.

What Was The Wooden Horse Torture Device?

wooden horse, easel, or Spanish Donkey was an extremely painful and gruesome medieval instrument of torture. It was first used by the Holy Inquisition in France and later in Spain and Germany, then it migrated to the Americas, gaining prominence there during the colonial period. The main design was the same wherever it was used. It was a triangular wooden box with a very pointed upper end (ie, where the horse’s spine would be).

The device was constructed of wood, with planks nailed together to form an elongated pointed ridge, which would serve as the horse’s back. These were supported by four legs attached to a support, about 6 or 7 feet (1.8 to 2.1 meters) high, with wheels attached to the bottom of the legs so that the whole apparatus can be rolled on the floor or ground. A head and tail would be attached to make the torture device look like a huge, almost “fun” wooden horse.

The offender would be mounted on the horse, with weights on the ankles and his hands tied behind his back. They were expected to maintain this position for hours, sometimes days.

Variations of the Spanish donkey were used from the Middle Ages (it was said to have been invented by the Holy Inquisition in France in the 12th century), until the American Civil War period of the 1860s. It was also an instrument of torture preferred by the first Jesuits. Even one of the founding fathers of the United States, Paul Revere, has been documented using this torture device. Frequent use of the device by the Spanish military was documented in the 1800s.

On the wooden horse, with the chains applied, the entire weight of the victim or prisoner rested on his vulva or pelvis. Ankle weights have been added to each side to rip the skin. Severe pain would be caused to the victim in his crotch and buttocks, but if the punishment was meant to be even more brutal, the victim would be split into two halves. This made the wooden horse one of the most brutal torture devices in history (and that’s saying something!).

In his monumental work, Torture and Democracy , Professor Darius Rejali writes that “The wooden horse was a large trestle with a crest or sharp angle eight or nine feet long. Sometimes it was customary to add wheels, a wooden horse’s head and a tail. The handcuffed prisoner straddled the ridge that sank into the slit between his legs. The guards strapped muskets to the legs to strain the thighs, or “as they jokingly said, [to keep] their horse to chase them. It was reserved for infantry, because these soldiers were not used to riding horses.

This is the medieval German version of the wooden horse torture device, which was used in public spaces. (Ingo2802 / CC BY-SA 3.0 )

The English and Dutch settlers loved the wooden horse!

This method of torture made its way to the Americas, practiced by the English and Dutch who had settled there. There was a 12-foot (3.7 meter) high public wooden horse in downtown New York, with a sharpened top edge to maximize pain. It was described as “a straight, narrow, horizontal pole twelve feet high”.

There is an account of Paul Revere ordering two Continental Army soldiers to be punished with the wooden horse in 1776. Their crime? Playing cards on the Sabbath. They “mounted the wooden horse for a quarter of an hour with a musket on each foot”. The variant in the United States also had metal spikes built into the sides of the device, greatly expanding the scope of the torture inflicted.

Another variation arose during the colonial period, called “riding the rail”, in which the offender was forced to climb a fence rail. The fence rail would be carried all over town, adding even more shame. Sometimes, to make the show even more humiliating for the culprit, they were tickled with feathers. Over time, minor offenses like drunkenness, fighting, and swearing were also punished, and a host of other offenses were added to the fray.

The method of punishment was born out of a desire to punish those who were considered deviant Christians: those who lacked faith, those who lacked the will to practice, or those who were considered horrible members of the faith. It started by making the disbeliever sit naked on the sharp contraption for as long as he could. The Jesuits, whose track record of and for violence is well documented, are the ones who are first reported to have brought the method of torture across the Atlantic to modern Canada in 1646! 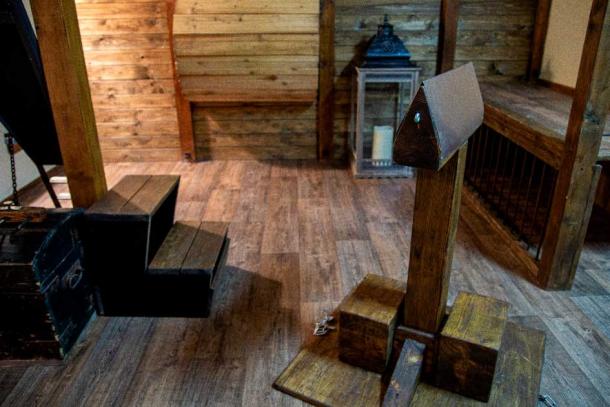 How the wooden horse permanently mutilated the victims

Sometimes the victims would sit for days until they broke down from exhaustion or were on the verge of being permanently disabled. Once punished by the Wood Horse, one could never walk the same way again with guaranteed genital damage, a ruptured perineum, and a broken sacrum (a large triangular bone at the bottom of the spine). Mutilated genitals were very common, including ruptured scrotums that were completely open.

To increase the damage done to a victim’s body, she was repeatedly tickled with weights strapped to her feet. Most bled to death on the donkeys, and survivors would later die of infections or be permanently paralyzed. Women who would be subject to it would lose the ability to have children!

“This performance took place under the eyes of a guard armed with a loaded gun and continued for several days; each ride lasts two hours a day unless the companion faints and falls from pain and exhaustion. Very few were able to walk after this infernal torture of the Yankees but had to be supported to their barracks.

Today, the Spanish donkey or the wooden horse is totally inappropriate for democratic and civil societies. Indeed, there are various conventions and treaties signed by the global community that prohibit the use of torture against prisoners and criminals. While these treaties and conventions are frequently flouted, what is undeniable is that something as brutal as the Spanish donkey has disappeared from the lexicon. Today’s generations may never have a clue of the cruelty of their ancestors.

Top image: An illustration of a torture horse of the Spanish donkey or wooden horse variety. ( Public domain )

Citizenship and social development are a matter of nonchalance