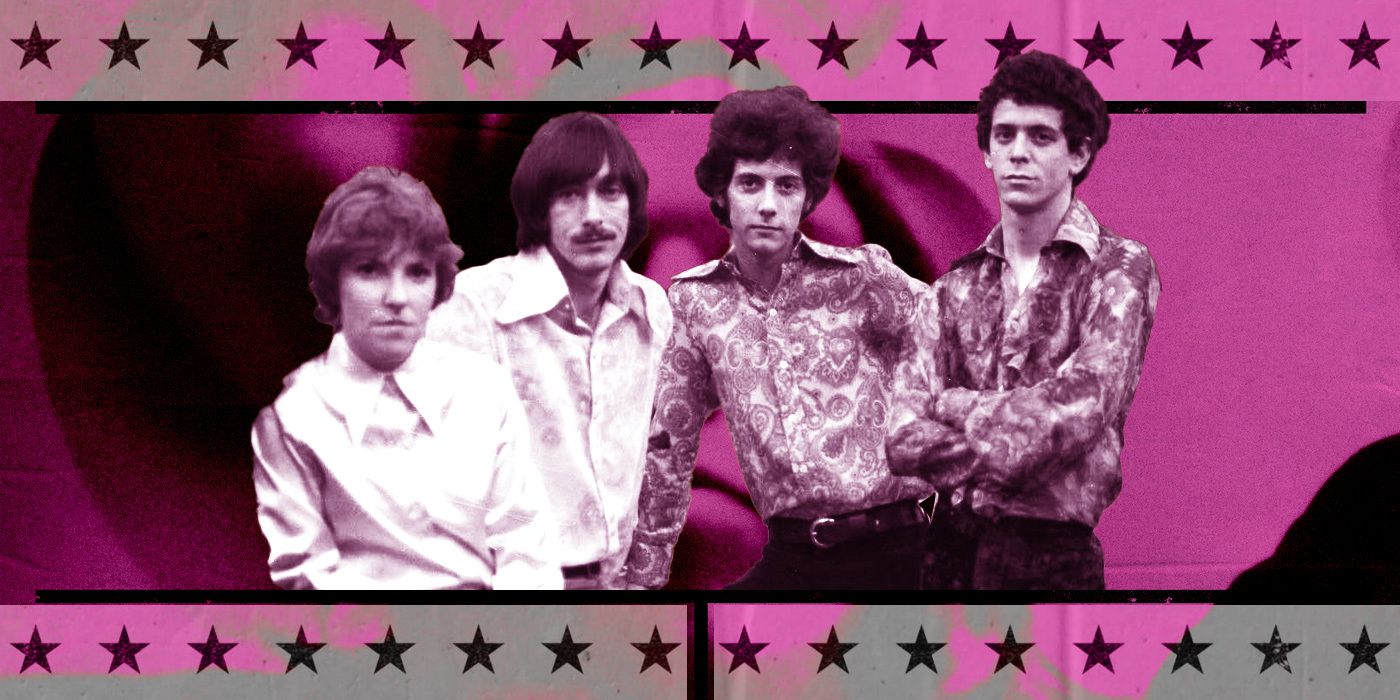 Documentary making shouldn’t be about simply recounting the past and relying on the charisma and amusing anecdotes of your talking heads. When done well, documentaries are a form of filmmaking that can be just as expansive and open to creativity as fiction, and with more filmmakers with distinctive visual styles immersing themselves in the format – Edgar Wright with his recent documentary The Sparks Brothersfor example – consideration should be given to the means by which they might hope to achieve such creativity.

Todd Haynes‘ The Velvet Underground is a musical documentary that not only recognizes the possibility of ingenuity in its craft, but also realizes the importance of this when attempting to capture the essence of its subject. A groundbreaking band that itself embodied a singular American moment in time, the documentary makes sure not to detract from their avant-garde spark in the way it presents them through its editing, on-screen visuals shared and Andy Warhol portraits: capturing not only the history of the group but also its sensibility. If the leader Lou Reedas we hear explained in the doc, wanted to do what Kerouac, Burroughs and Hubert Selby Jr. were doing, just with drums and guitar, so the sentiment can be relayed with Haynes clearly hoping to do what the Velvets were doing , but with a camera and an editing suite.

COLLIDER VIDEO OF THE DAY

Opening with the sparse, jarring guitar over a quote from Baudelaire, the staccato edit that looks like a broken record jumping over sections of a song, and the long-running Warhol portrayal of Lou Reed that shortly follows afterwards, the audience doesn’t need long to find out what world they are in. Haynes immediately placed the audience not only in the band’s time, but also at the heart of their chaotic energy. On top of that, such a raw and patient use of Reed’s split-screen profile, alongside an abbreviated history of his upbringing to start the film, not only adds a Velvet Underground and Warhol-esque visual flair to the documentary, but also makes it feel infinitely more intimate and poignant. It’s as if Reed himself is a physical part of the doc, becoming introspective upon seeing the footage next to him, and opening up despite his untimely death. Moreover, when the emaciated and somewhat dull portrait of the young John Cale (another founding member of the band) is then placed next to Reed in a continuous split screen, the seemingly disparate and unique nature from which the band was formed is truly brought to the fore.

Because such juxtapositions are so constant in the film, they feel less forced than in other documentaries that attempt to do the same, and often even create an aesthetic reminiscent of the surreal subconscious imagery that Cale was so interested in exploring musically. . For these images, Haynes uses a wide range of stock footage alongside the story we intend to tell – everything from retro commercials to clips of Maya Deren‘s arthouse films – that the sense of eclecticism and varied influences that pervaded the group is felt throughout. Yes The French Dispatch was the fictional movie that featured every trick in a filmmaker’s arsenal last year, so it was the documentary equivalent, with everything from stop-motion animation, varied aspect ratios , negative stains and superimposed images used.

There’s no suggestion that it’s just style over substance, however, with such effective techniques in the film due to the way they’re specifically used to detail the weather and attitude of the band. While Jonas Mekas (an avant-garde filmmaker associated with the group) details the exuberance of 42nd Street in the early sixties, for example, Haynes gives us quick handheld shots of city lights and streets to enable this experience proxy viewing. Additionally, when talking specifically about the explosion of the cultural scene, a kaleidoscopic grid of artists and the various arts fills the screen, surrounding you with that inescapable sense of culture described by the interviewee.

Far from being gratuitous, these stylistic flourishes are narratively thought out, allowing the band’s trajectory to be followed without ever breaking down, testifying to their own journey of musical exploration. What’s even more impressive is how, while a traditional music documentary might use stock footage by default, Haynes cleverly plays with it. A good example of this is when the doc gets to a point where it details Reed firing Andy Warhol from the band. Over several band members recounting their versions of the audition of the event, Haynes shows us archival footage of a particularly melancholy Warhol releasing a balloon and watching it float through the sky. The camera elegantly follows the ball as it flies away, and the various nostalgic voices telling the story become much more punchy, making the use of archival footage meaningful rather than simple, and gives a clear idea of the specific moment of the group. history and its importance for their future.

Later there is a similar moment with John Cale leaving the band, however, here Haynes decides it is less appropriate to use the archive footage; instead, the band’s new era feeling is contained in the editing and sound design. For a while, the edit becomes calmer and less frantic, and Haynes momentarily removes the hypnotic visuals, reflecting the new generation of the band who had a greater sense of calm in their musical output.

The intelligence of such choices with archival footage becomes all the more striking when compared to another documentary about an equally important group from the same seething and anarchic era – Tom Dicilloit is when you are strange documentary on The doors. DiCillo seems to rely too heavily on the band’s archival footage he has at his disposal, placing it on timeline-based storytelling, spliced ​​with still images that almost always show exactly who/what it’s all about. . By choosing this much more digital approach, DiCillo’s documentary fails where Haynes excels, as little of the frenetic energy of the band and the era is able to shine through. Conversely, Haynes almost seems to lean into one of Cale’s lines in the film, when he says his initial innovation was to say to Reed “wait, the music doesn’t confirm what these lyrics are about”, because he himself ensures that his cinema confirms exactly what made The Velvet Underground so interesting and unique.

While both films manage to accurately follow the paths of the groups, when you are strange feels noticeably more concerned with the simple timeline, creating a viewing experience closer to reading a historical Wikipedia entry than anything like the vicarious trip you take as if you’re both part of the audience and band member with Haynes film. Where DiCillo’s film ends with a subtle recap of The Doors’ years in business and record sales, Haynes’s ends with a kaleidoscopic, metaphorical mosaic of nature and life before resting from strikingly on a portrait of Reed. The way Haynes chooses to end the film on such a bold note is the perfect final homage to the band; a frenetic montage that encapsulates the energy, experimental attitudes and accomplishments of the band and the era they encapsulated. The fact that all of these attitudes and traits might not have shone without the forward-thinking framework through which Haynes achieves the group underscores how important proper direction remains, even outside of the genre of fiction.

Todd Haynes Talks ‘The Velvet Underground’, Letting the Music Drive the Experience, and His Film Peggy Lee with Michelle Williams

Sign up to the Collider newsletter for exclusive news, features, streaming recommendations and more