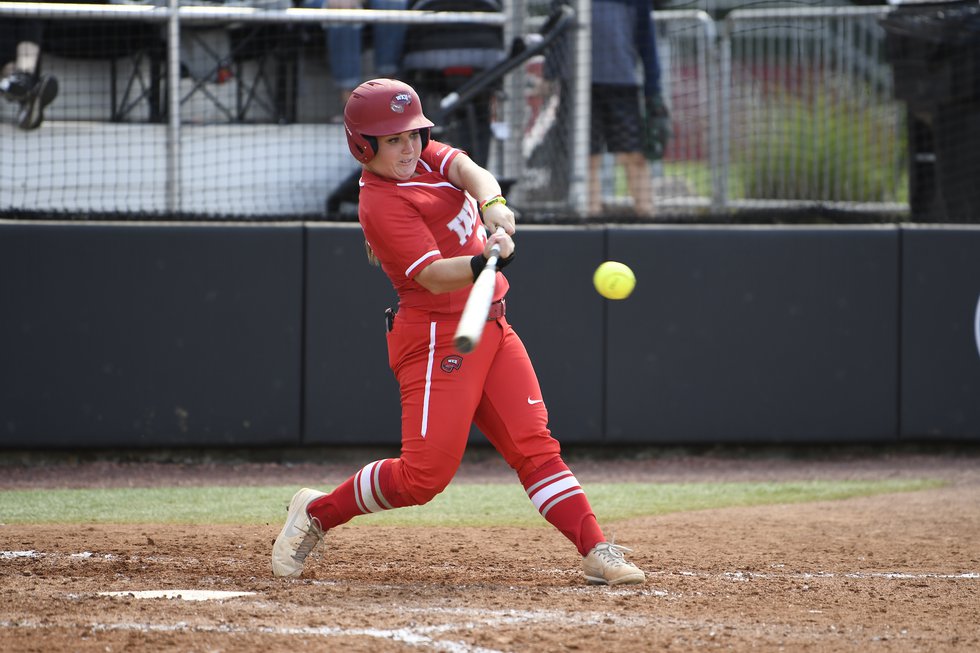 BOWLING GREEN, Ky. (WBKO) — WKU Softball extended its four-weekend 12-game winning streak with Friday’s 4-0 win over Samford before suffering a 2-0 loss to Ole Miss to finally split the day . The Hilltoppers now sit 14-2 in the 2022 campaign and on the opening day of the Ole Miss Classic.

“We came out of the gate strong today to win our 12th in a row,” head coach Amy Tudor opened. “We played well all parts of the game with Sanders and Ridge leading the attack. Katie [Gardner] pitched well and we played big behind her. In Game 2, Nunn threw well and our defense played well behind her. We had quality at bats, but we just weren’t able to string them together. I was proud of the team’s fight today.

WKU continues to add to its best start in program history through 16 games. Additionally, 12 straight wins gives the 2022 Hilltopper team solo possession of the program’s longest winning streak, surpassing the 2019 and 2013 teams for the mark.

WKU stayed hot to open the Ole Miss Classic with its second shutout victory of the season. The Hilltoppers beat Samford in a 4-0 decision – marking the third straight win over the Bulldogs to set a new program record of 12 straight wins.

Katie Gardner got the start in the circle and worked until the seventh inning before Shelby Nunn stepped in for the final three outs for the win. Gardner improves to 3-0 this season as she strikeouts five, allows just four hits and walks two batters. Nunn allowed just one hit on his relief appearance. The fifth-year pitcher now has 59 career relief appearances, closing in on the program record of 67.

The Hilltoppers hit for a solo run in each of the second, third, fifth and seventh innings.

A single down the right field line from Randi Drinnon would lead to Brylee Hage for what was ultimately the deciding run at the top of the second.

Taylor Sanders threw a run in the top of the third with a base hit, then another in the top of the seventh with a brace for his fourth hit of the game. The outing marks Sanders’ first four-hit game of his career and extended his hitting streak to 13 straight games.

Jordan Ridge also added a career-best effort, recording the first three-hit game of his career. Ridge led Sanders into the top of the fifth, giving WKU a 3-0 lead.

TJ Webster also added a multi-hit out, going 2 for 4 at the plate.

Shelby Nunn picked up where she left off in Game 1 of the day, going three scoreless innings against the Rebels, allowing just two hits up to that point. Ole Miss hit first in the last drink, connecting for a solo home run late in the fourth for a 1-0 lead.

The hosts doubled their lead on the next trip to the plate with another solo homer for the 2-0 margin.

After going down in order on their first trip to home plate, the Hilltoppers saw Bailey Curry connect for a base kick wide to right center before an opposite wide wide double from Maddie Bowlds set up both WKU runners in scoring position. Both would ultimately be blocked, representing one of six runners blocked by the Hilltoppers.

WKU saw another runner reach the runoff position in the top of the sixth when Webster singled and moved to second when Sanders took a hit per pitch. Randi Drinnon sent a hit across the infield in the top of the seventh but would also find himself blocked.

Nunn would take the loss, going 7-2 on the season. She finished with a line of 6.0 innings pitched, six hits, two runs, one walk and two strikeouts. Nunn has now worked five full games this season.

Ole Miss improved to 14-4 on the season with a two-game winning streak.