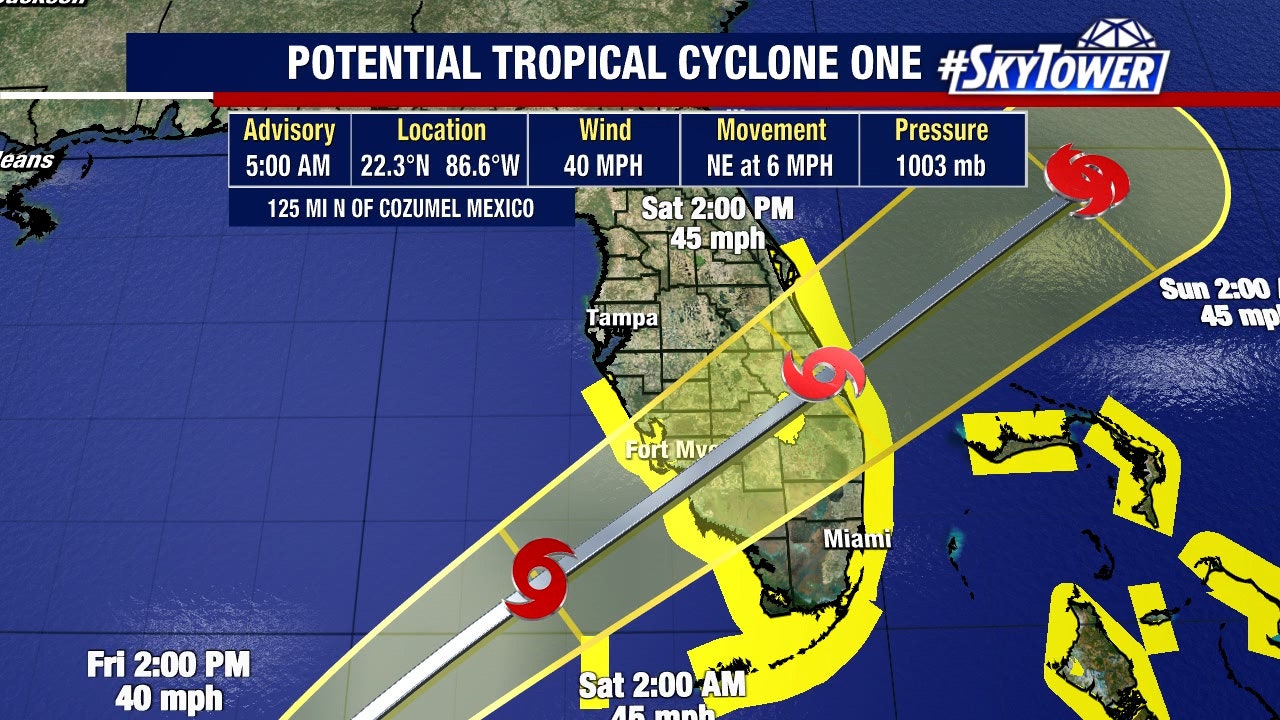 TAMPA, Florida. – While the heaviest rainfall is expected in South Florida, parts of the Bay Area could see lots of rain as a tropical system sweeps over the state.

In general, residents of Sarasota and Highland counties down to Hillsborough and Polk counties will see most of the rain and gusty winds from Potential Tropical Cyclone 1 from early Friday evening through Saturday.

“You have to understand that with a system like this that’s incredibly sheared, pretty much all the activity will be on the east side because that’s where the wind is pushing it,” the FOX 13 meteorologist explained. Dave Osterberg. “So even as it’s moving ashore, say, the Fort Myers area, the showers start moving north and they’re moving up into Polk County, all of a sudden everything’s pushed to the east, so this rain isn’t wrapping around a center.That’s why you don’t get a tremendous amount of rain along the Tampa coast or St. Petersburg. 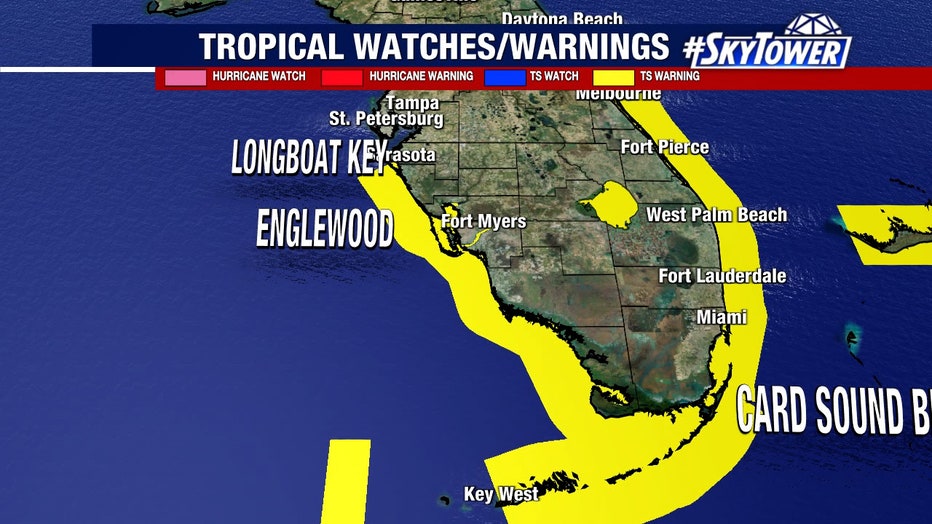 The tropical storm warning is in effect for:

“If there is going to be flooding, it will probably be late tonight through tomorrow morning to the south,” Osterberg said. “I mean south of Highlands County, going into the Lake Okeechobee area.” 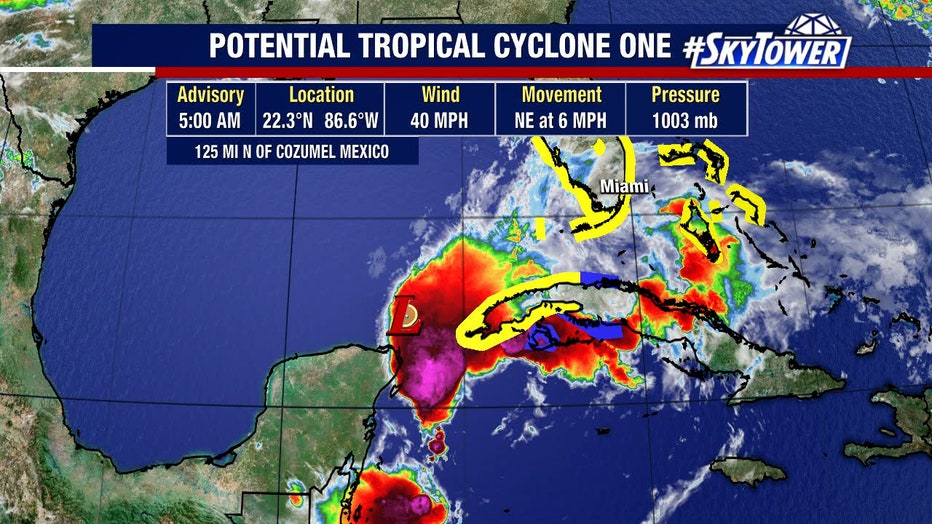 The wind won’t be a big concern, he added, it will just be the amount of rain.

“Once this low-level center is found, it will become Tropical Storm Alex. It won’t change the forecast. here Friday night. 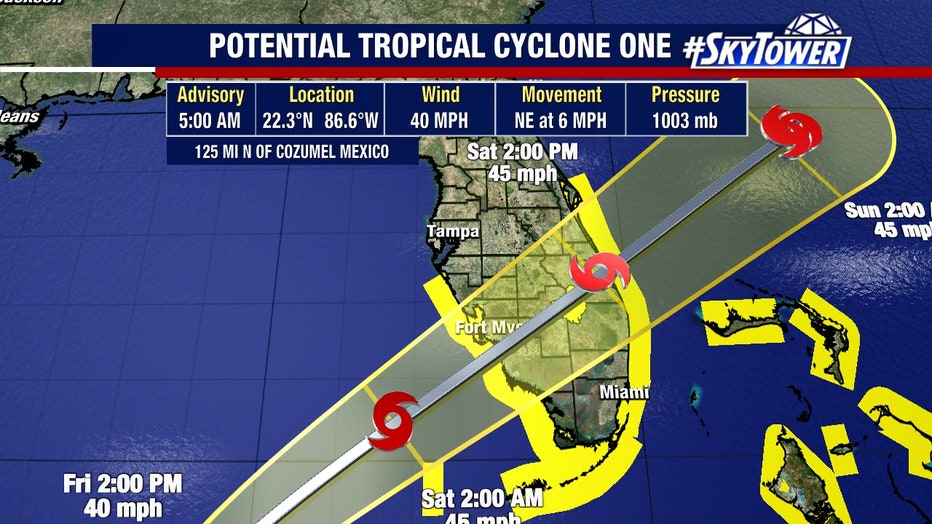 The National Hurricane Center predicts rainfall of up to 10 inches is possible in parts of South Florida from this storm, which is not expected to produce high winds or major storm surges. Nevertheless, flooding is likely and winds could be quite strong.

“It’s going to be a big wet mess,” Osterberg said. 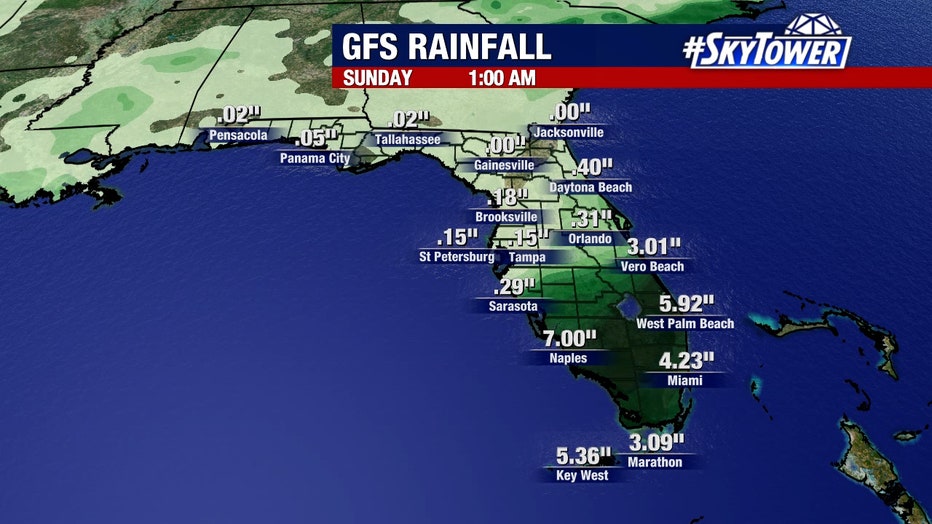 The Hurricane Center said the system’s maximum sustained winds as of Thursday afternoon were around 35 mph with higher gusts. It is expected to become a tropical storm on Friday, which means stronger winds but not to hurricane levels.

“Heavy rains will begin to affect South Florida and the Keys on Friday and will continue through Saturday,” the Hurricane Center said in an online post. Storm surges and flooding are also expected, the severity of which depends on the timing of the tides. 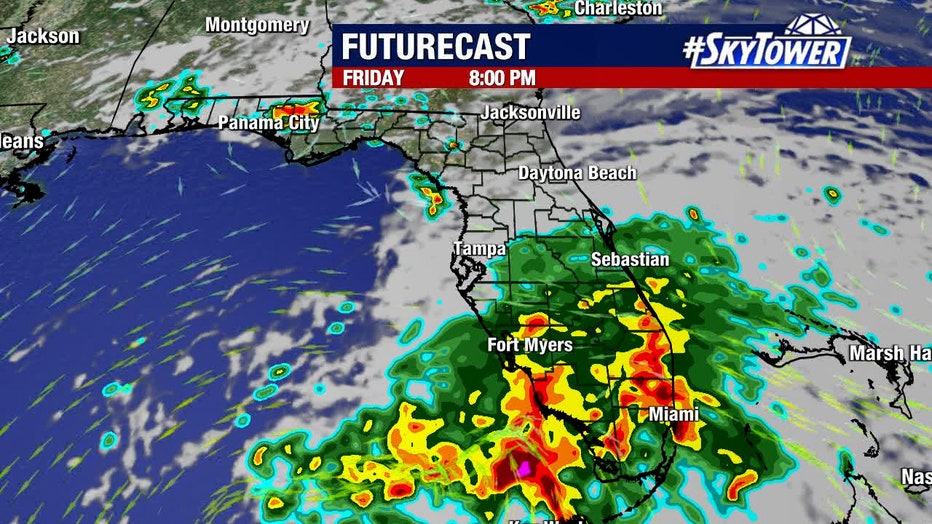 As a Pacific storm, Hurricane Agatha brought flooding and mudslides that killed at least 11 people and left 20 missing in Mexico, officials said. It caused rivers to overflow and swept people into homes, while other victims were buried under mud and rocks.

Now the storm is heading towards Florida. 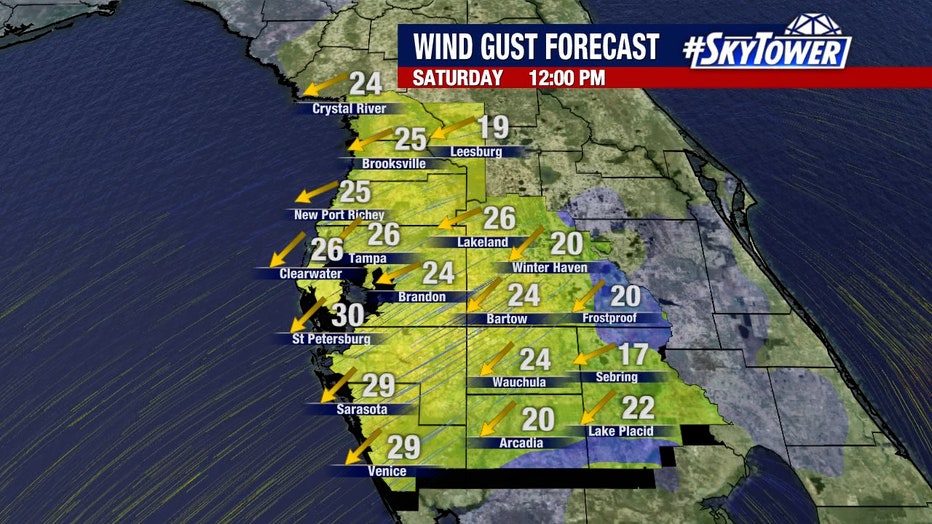 Agatha made history as the strongest hurricane on record in May during the Eastern Pacific hurricane season since 1949. Climatologists say tropical systems will become more powerful and destructive due to global warming.

The Associated Press contributed to this report