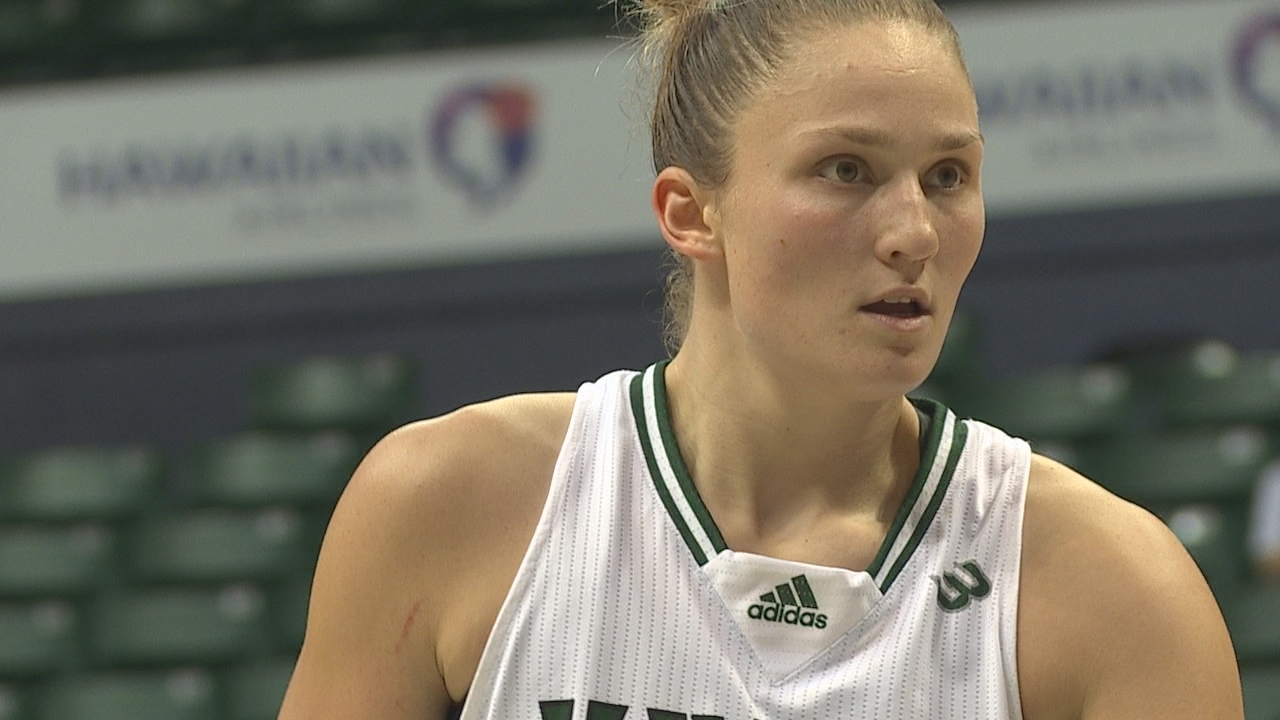 Amy Atwell was named Big West Conference Player of the Week on Monday, an honor that made history for the University of Hawaii’s women’s basketball program.

Atwell’s Player of the Week honor was the fourth time she has won the award this season, setting a program record. No other player had done this for the Rainbow Wahine before, in any conference.

All the sports news from Hawaii’s sports resort

In a pair of road wins over Cal State Fullerton and Long Beach State last weekend, Atwell led the Bows in both games, racking up a total of 43 points and 17 rebounds. On Saturday, Atwell had his fourth double-double of the season with 25 points and 12 rebounds, as well as a 3-pointer that broke a 64-64 tie that propelled Rainbow Wahine to victory over LBSU.

Saturday’s win over The Beach also lifted the ‘Bows to 12-8 overall and 8-2 in Big West Conference play and a spot on their own atop the conference standings.

The Rainbow Wahine is hosting a pair of games this week, starting with UC San Diego at 7 p.m. Thursday at SimpliFi Arena at the Stan Sheriff Center.