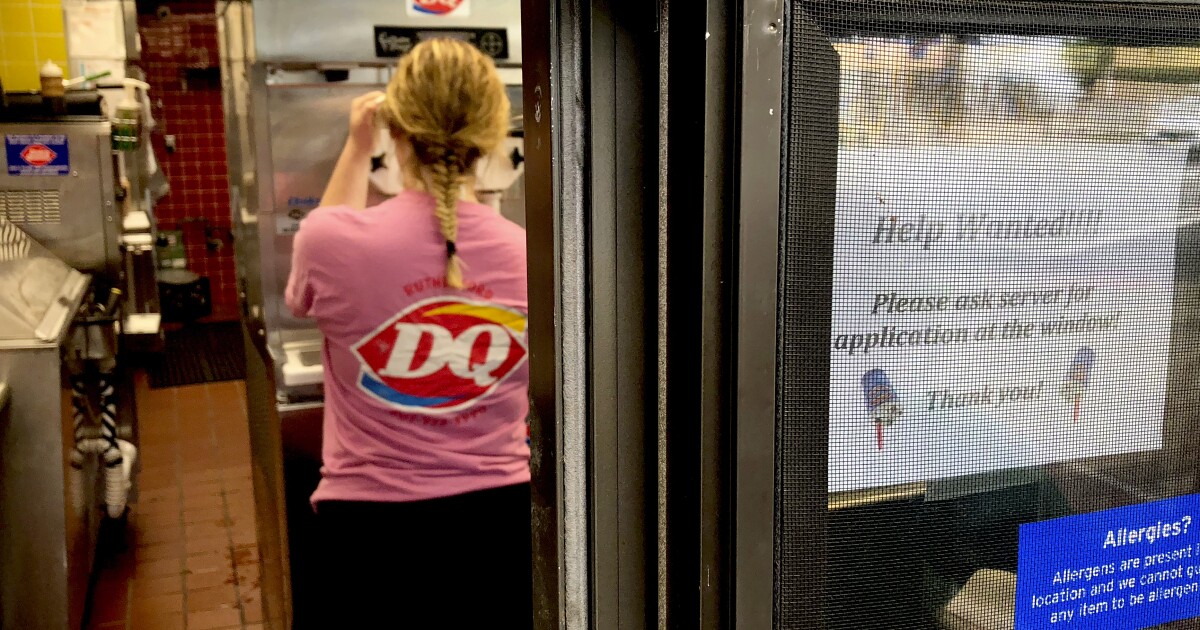 MISSOULA — Montana’s unemployment rate tightened a bit in February, falling another 0.1%, according to the state’s monthly update.

The latest statewide figure of 2.6% remains below the national average of 3.8%. The state has now recovered all estimated jobs lost during the pandemic and added an additional 22,500 jobs.

Either way, the state’s economy is on the mend after the pandemic.

“Hard-working Montanans and Montana businesses are fueling our historic economic recovery, with record unemployment in Montana and more working Montanans than ever before,” Gianforte said in a statement.

According to the state report, Montana’s labor force reached its highest level on record in February with more than 556,000 jobs. The figure was up about 1,300 from the previous month. Montana’s workforce grew by nearly 11,000 workers from its pre-pandemic level in March 2020, according to the state.

“Thanks to ARPA, Montana’s unemployment rate is currently the lowest rate in state history,” Tester said. “We continue to see ARPA deliver for the Montanans by putting people back to work and helping our economy rebound.”

Although employment figures remain strong, inflation could reduce gains. Gianforte and Tester both acknowledged the pain of inflation, although they disagreed on the cause.

“As Montananese make gains, soaring inflation is making it harder to fill their gas tanks, put food on their tables and make ends meet,” Gianforte said. “It’s time for the federal government to bring inflation under control by ending its out-of-control spending.

The tester said the price of oil was down although the downside is not yet present at the gas pump. He also said the new legislation will help dampen inflation.

“The Russian war isn’t the only thing pushing prices up,” Tester said Thursday. “Decades of unchecked consolidation in the meatpacking industry has driven up prices, and lack of funding for local meatpacking plants has compounded this problem.”

Tester recently secured $7.8 million to help 30 small agricultural businesses in Montana through ARPA. The funding will go to 17 local meat processing projects, including three new facilities and the expansion of three others.

“Increased competition in the marketplace will ensure Montana producers get a fair deal and consumers don’t pay an arm and a leg for our beef,” Tester said.

Traditional art rhymes with its time