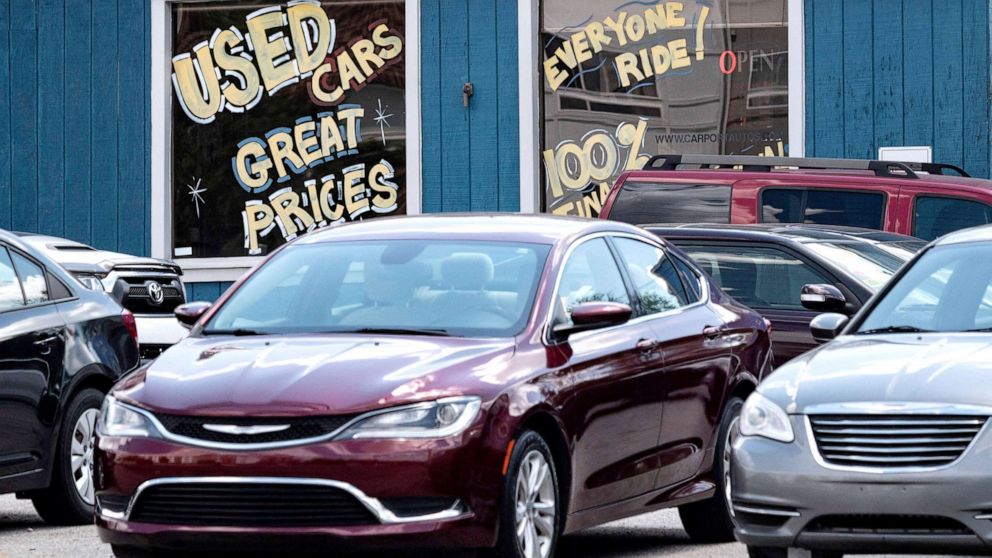 Looking to buy a used car? Consumers can expect high costs and low inventory at the dealership.

Used car listing prices in January were up 40% from the same time last year, according to Carfax. The company said the average list for a used car is currently $28,000, a record high.

“Historically, you would think of this as the cost of a new car,” Emilie Voss, director of public relations at Carfax, told ABC News. “We have never seen such a number for the average price of a used car nationwide.”

Edmunds says the price is even higher: its data showed the average price of a used car is currently $29,594, up 30% from a year earlier.

The current worldwide shortage of microchips is responsible for the rising costs. Manufacturers cannot acquire enough chips to run production lines, and demand for used cars is high.

“We’re seeing record prices and part of that is a severe lack of used car inventory,” Voss said. “What we’re hearing about with the automotive chip shortage impacting production, it’s trickling down to used cars.”

For consumers who can afford high costs, you will need to act quickly. Cars.com experts said vehicles leave dealer lots within a week, whereas before the pandemic it could take 30 to 60 days before they are sold.

Once you arrive at a dealership, experts say it’s important to keep an open mind. Consumers may have to compromise on their wish lists and broaden their search when looking for a used car.

“Let’s say you want a white 2019 Ford Edge. You’ll have a harder time finding that specific vehicle than if you were to broaden your search and say I’m open to any midsize SUV,” Voss said.

Consumers may see some relief later in the year, however.

“There are headwinds at the moment – new car supply should improve in the second half and consumer demand has recently slowed due to the recent spike in COVID and high used car prices,” Voss said.

Although the market is competitive, Voss said consumers can still negotiate the price.

“Use vehicle history if price is an issue for you,” he said. “A vehicle history report lets you know if a vehicle is well maintained [or] whether it is a minor or serious accident.

How the Method Game Transformed the Film and Made the Performance More Human: NPR

Zalmi out of shape to lock horns with burning sultans