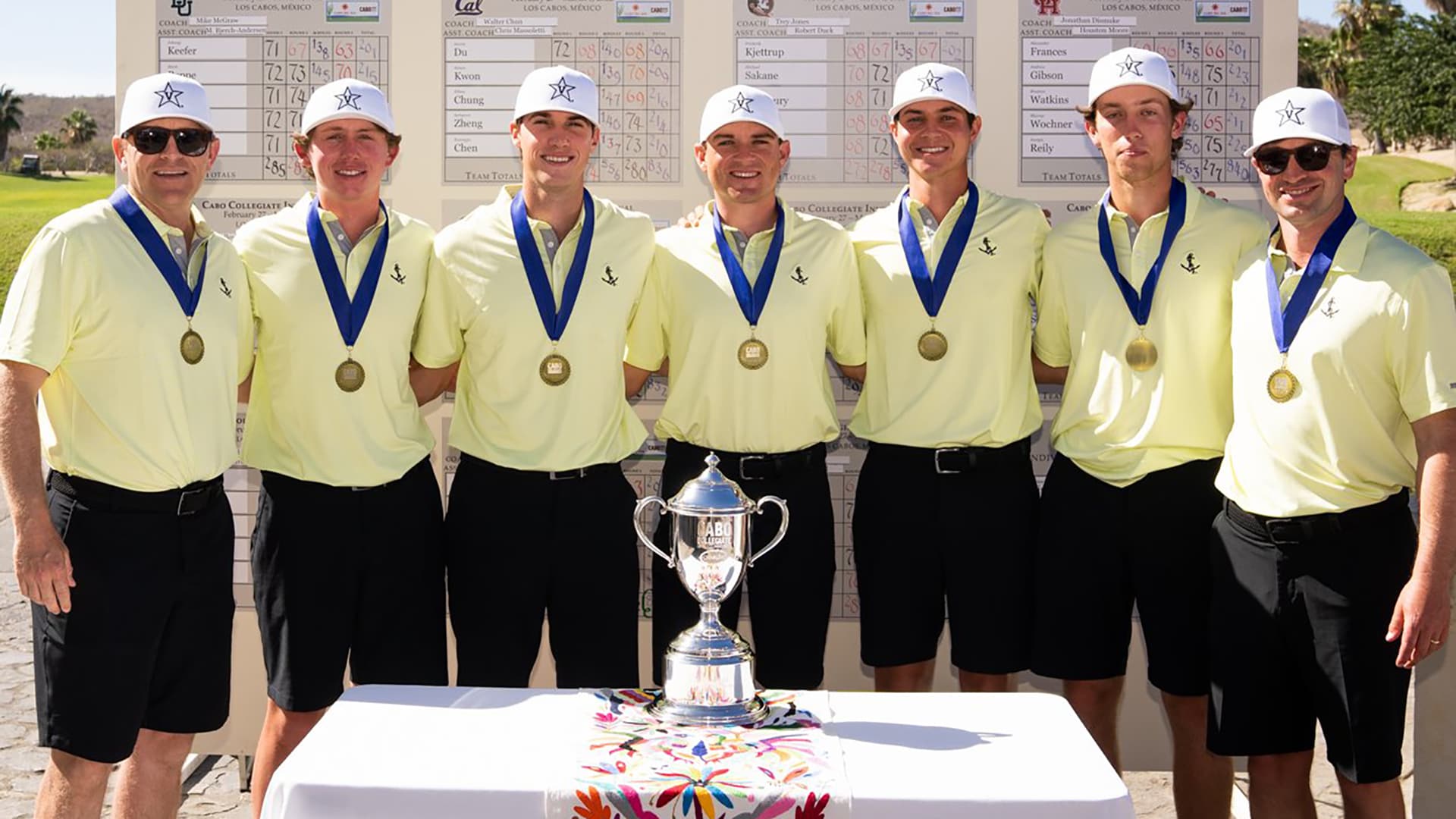 Cole Sherwood wasn’t thinking about records. Heck, he wasn’t even thinking about his score as he not only put on the fastest lap in Cabo Collegiate history, but also a performance that beat two Vanderbilt marks.

“I was focused on the team,” said Sherwood, a sophomore from Austin, Texas. “I knew we had a lot of ground to make up. There were some good teams ahead of us. I never really thought about the individual. I focused on making birdies and eagles for my teammates.

It worked. Sherwood not only had six birdies in Tuesday’s final round at Cabo del Sol’s Cove Club. His final 11-under 61, a course record and tournament record by two strokes, also included three eagles, including a near albatross that let loose on the par-5 fourth hole, as he finished the tournament at 17 under. , good enough for the medalist honors by four strokes over Stanford’s Michael Thorbjornsen.

And behind Sherwood’s record-breaking day, which included new program records of 18 and 54 holes (his total of 196 was two shots shy of Brandt Snedeker’s previous school record set at the 2002 Mason Rudolph Championship), the Commodores shot 19 -under 265 (which tied Vandy’s record) to cut Texas Tech by two strokes to 32 under for their second win in less than a week.

“I learned a long time ago that when guys have a day like Cole, you just have to stay out of the way and make sure they have enough water and enough food,” the coach said. -Vanderbilt chief Scott Limbaugh, whose team won The Prestige last Wednesday by 10 strokes.

The Commodores headed straight from Palm Springs to Cabo last Thursday, but it appeared early Sunday that their momentum had been redirected. A slow start – 10 over nine holes – led to a T-6 rating after the first round. But Vanderbilt held off largely thanks to Sherwood and freshman Gordon Sargent, who tied for seventh.

“I think at one point, almost halfway through the first lap, someone came up and told me we had fallen to last place,” Limbaugh said. “So about 45 holes later, we look up and we’ve won it all. I just think that says a lot about our character, our team and our leadership. I’m just super proud and I’ve really had guys do great things this week. It’s exciting to see kids succeed. You see some buy-in, and when you start to see that buy-in, good things can happen.