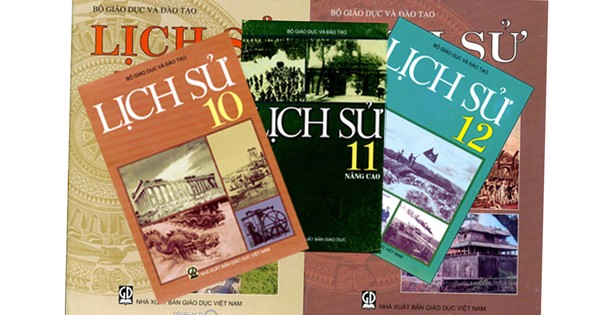 During the online conference (Photo: SGGP)

On May 8, the Presidium of the Vietnam Fatherland Front Central Committee held the twelfth online conference to give opinions on the draft report summarizing the opinions and recommendations of voters and people to be sent to the third session of the fifteenth National Assembly.

According to the draft report summarizing the opinions and recommendations of the voters and the people during the third session of the Fifteenth National Assembly, the voters and the people expressed their confidence in the determination of the Party and the State, in particular the General Secretary Nguyen Phu Trong for Party Building and Rectification. , the fight against corruption and non-stop negativity, without “restricted areas or exceptions” in the fight against corruption.

Voters and people advocated for the policy of setting up an anti-corruption steering committee in the provinces. The Party and the state will continue to drastically direct the inspection, investigation, prosecution and public trial of major corruption cases, and strictly deal with wrongdoing leaders in departments and agencies, including senior officials. .

For example, the case of raising the price of a Covid-19 test kit at Viet A Technology Company, the case of accepting bribes at the Ministry of Foreign Affairs, the case of stock market manipulation at FLC Group, and the unusual land auction and fraudulent issuance of bonds by the Tan Hoang Minh Group…

At the same time, the Party and the state should consider inflicting disciplinary sanctions on many senior officials, both serving and retired.

In addition to the achievements, voters and the people expressed their concerns on five issues comprising the difficulties and challenges caused by the Covid-19 outbreak, the slow progress in the allocation and disbursement of public investment capital and programs to support socio-economic recovery and development, substandard living conditions of residents in remote and isolated areas, contribution of officials and officials to violations.

In addition, the voters are dissatisfied and strongly condemn the violations of the law in the prevention and control of the Covid-19 epidemic, especially in the purchase of equipment and consumables, supported by the officials and the party members.

Therefore, voters expected the authorities to continue to broaden the investigation, to clarify and strictly deal with individuals and organizations who commit wrongdoing, to prevent crime; publicity and transparency of the results of investigations and trials for the surveillance of persons.

Moreover, progress in the implementation of national key programs is still slow. Many existing potential risks are seen in the operations of the stock market, bond issuance and real estate market. Additionally, several projects that have been assigned have not been implemented or have been delayed for many years, resulting in waste of land resources.

In addition, voters said they were concerned about the withdrawal of part of the workers from one-time social insurance due to immediate difficulties.

Finally, voters expressed concern that history is becoming an optional subject in high schools, which can lead to unpredictable consequences. They said some countries with similar cultures to Vietnam, such as China, Japan and Korea, have made history a compulsory subject in the general education curriculum.

Based on the synthesis of opinions and recommendations from voters and people nationwide, the Presidium of the Vietnam Fatherland Front Central Committee proposed that the Party and the state pay attention to five contents, including adequate investment in the health system, especially in basic health and preventive medicine and soon modify the mechanisms and policies of socialization in the health sector, the implementation of the three national key programs because these programs mainly affect rural areas.

Last but not least, it was proposed to the Ministry of Education and Training to have a full assessment of the history subject in high schools.