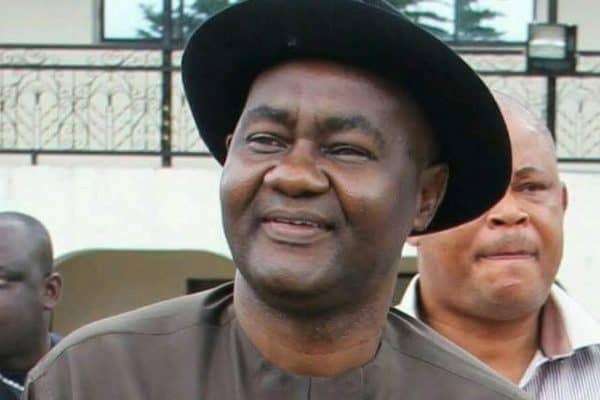 Senator Magnus Ngei Abe, a frontline governor aspirant on the All Progressives Congress platform in Rivers State, said he would form a government that serves everyone if elected governor of state in 2023.

He spoke as he addressed APC members during a stakeholder consultation visit to Port Harcourt City and Obio/Akpor State Local Government Areas .

He said the government will be a Rivers State government that will serve all the people of Rivers regardless of tribes, religion or political affiliation.

Abe said: “We will form a government that will do what is right.

“A government that those who serve in government will serve you first before serving themselves.

“I came here today to remind you that I am one of you, I am part of you.

“I have always been with you and I will always be with you.

“When it’s good or bad, I’ve always been there and I’ll always be there.

“We need each other to be successful.”

Abe also said that the party’s national leader and presidential candidate, Asiwaju Bola Ahmed Tinubu, is the only one in the party who can deliver the punch that will keep the party in power after President Muhammadu Buhari.

“And I saw that Asiwaju is the person in APC who can deliver the punch that will keep the party in power after Buhari.

“That’s why I followed him.”

The APC gubernatorial contender warned party members in the state against picking the wrong gubernatorial candidate so they won’t regret for another eight years.

Abe said, “When you’re in the kind of position we’re in in APC Rivers State, you have to think differently.

“You can’t think the same way and do the same thing and expect something different.

“I will tell you a story of what happened here in Rivers State when the PDP was no longer in government.

“Everyone was running around screaming.

“Mrs. Patience Jonathan was the president’s wife and she was from Okrika.

“Do you know who she gave the PDP gubernatorial ticket to?

“Why did they do that?

“Because they looked around and put their feelings aside.

“They put aside the disagreements between them and looked for someone who could give them the punch that would land them in the Brick House.

“They chose Wike and he delivered.

“Today we at the All Progressives Congress are in a much worse position than the PDP was then.

“Our situation is even worse.

“No Senate, no this, no that, no money, no cohesion, no peace, no unity, no solidarity.

“We have to look for someone who can do what no one else can.”

Earlier, while speaking on the occasion, Senator Wilson Ake called on APC members not to gamble with their votes in the party’s primaries given that party members lost life by pushing for the success of the party.

Ake said: “I want to appeal to APC members who know the history of the party that we have lost a lot of souls.

“For the sake of those we lost, we have to get it right this time.

“I want to assure our brothers at APC that we can’t play with your votes.

“We have suffered enough”

Inaugurating the two groups of BATS Vanguard and Progressives Students Network in Rivers State, Chief Tony Okocha tasked them with preaching the good news of Tinubu and Abe to every nook and corner of the state.

Okocha said, “Today I charge you to go to your respective units, neighborhoods, villages and preach the good news of Senator Magnus Abe.