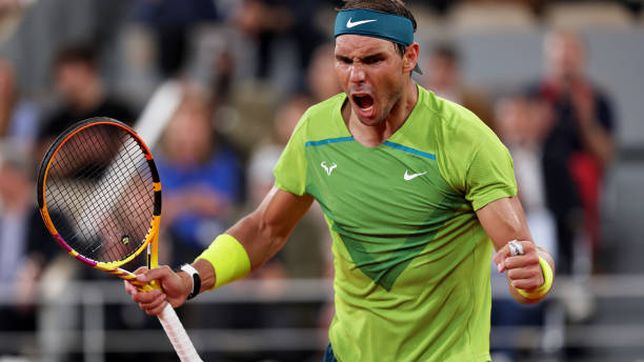 Rafa Nadal has earned his nickname of King of Clay several times during his illustrious career on red soil, and in particular at Roland Garros. The Spaniard holds a formidable record on his preferred surface, with a 467-45 win-loss. This represents a winning percentage of 91.2% on clay, a staggering statistic in an age when more and more players are able to adapt to the rigors of crushed brick, which a generation ago was purely the preserve of clay court specialists. Some of the best players in history have never managed to solve the mysteries of the courts of Roland Garros, and Nadal has won the French Open 13 times. On Sunday, he will be the big favorite to add a 14th title to his list, which would take him to 22 in total and two ahead of his peers Roger Federer and Novak Djokovic.

To put Nadal’s dominance over the tournament into context, if he beats Casper Ruud on Sunday the Spaniard will have won as many Roland-Garros as Pete Sampras made Grand Slamsand he already has more major wins in Paris than Roy Emerson, Rod Laver and Björn Borg combined. The brilliant players of Andre Agassi, Jimmy Connors, Ivan Lendl and Ken Rosewall have all won eight Slams each. on various surfaces. And few would say (beyond perhaps Connors) that one of those legendary clashes throughout the annals of tennis history was tougher than the rivalry between the the current big three of Nadal, Federer and Djokovic, who together have won 61 Grand Slams.

At Roland-Garros, Nadal’s record is simply demoralizing. On the courts of the Stade Roland Garros, he won 111 matches and lost only threeagainst Robin Söderling in 2009 and Djokovic in 2015 and 2021. Before this year, Nadal had participated in Roland Garros 17 times and had failed to win it only four times: in 2016, he was forced to forfeit after the second round due to a wrist. wound. Overall, Nadal’s record in sets at Roland Garros is 330-35and this year’s five-set victory over Felix Auger-Aliassime was this is only the third time Nadal has been taken beyond four sets throughout his career at Roland Garros (John Isner (2011) and Djokovic (2013) are the other two players to have done so and both were beaten).

Nadal also holds the longest winning streak in the sport, for both men and women, of 81 consecutive victories on clay between 2005 and 2007surpassing the great Martina Navratilova’s mark of 74 on all surfaces. Of his 45 losses on the surface, eight were inflicted by Djokovic, while Federer only managed two. Injured Dominic Thiem may have the measure of Nadal, with the Austrian holding a 4-8 record against world number five, but only seven players have recorded multiple wins against Nadal.

In terms of titles and finals, Nadal also ranks above the best in history on clay. He won 62 of the 70 finals he played (88.6%)13 more than the second most successful clay-court player of all time, Guillermo Vilas, 22 more than third-placed Thomas Muster and 30 more than the great Borg. Djokovic is the only active player in the top 10, with 18 titles on clay.

Ending the Crisis: Chase Young and Montez Sweat return to form for COs