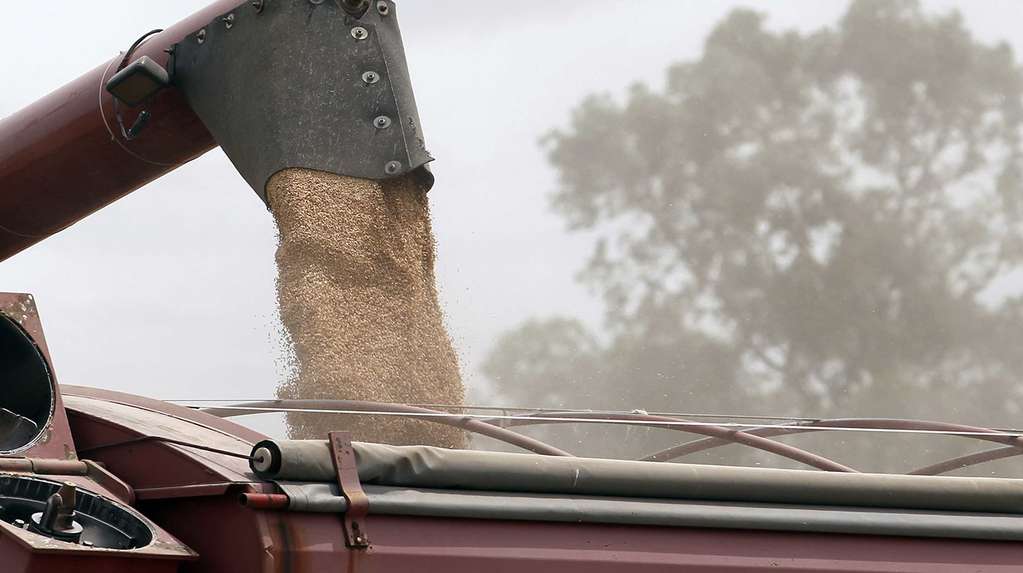 From the hand of his “productive file”, the Argentinian wheat has already contributed more than $3.4 billion of exports during the first quarter of 2022, according to a report by the Rosario Stock Exchange (BCR).

According to what has been reported by the entity Santa Fe, it is “more than supplying the domestic market, as well as the various export destinations”.

“From the beginning of the harvest last December until the end of April, we estimate that wheat exports have already totaled 11.8 million tons. In this way, the historic export record is consolidated, while the tonnage rises to a figure equivalent to just over 81% of the established equilibrium volume,” he detailed.

With this high level of exports, this is how the cereal in April would have exceeded the 3.4 billion US dollars in FOB value of foreign trade. “It should be noted that for the months of December to March, official INDEC data is taken, while for April, export volume is approximated with shipment data, taking March FOB prices” , says the report.

“Much has been said about wheat export prices in the context of the worsening Russian-Ukrainian crisis. However, not even a fifth of this export record can be explained by the rise in international prices. Comparing the current campaign with the 2020/21 fiscal year, export volumes have increased by more than 90%, while average FOB export prices show an increase of 23% so far. ‘analysis.

Thus, nearly 83% of the “dollar export record” is explained by the good wheat harvest and only 17% by the rise in export prices for this crop.

On the domestic supply side, according to official data from the Ministry of Agriculture, Livestock and Fisheries (MAGyP), so far in the current marketing campaign (December 2021-March 2022), 1 .88 million tons of wheat were ground. This is about 80,000 tons above the same period of the previous year and slightly above the average of the last 5 years.

Last month, more than 2 million tons were added to the cumulative sales of 2022/23 wheat, which is already at the 8 million mark, which means the “maximum all-time high for this time of year”, said the BCR.

Likewise, the entity pointed out that with this level of marketing abroad, there is about 2 million tons to complete the “equilibrium volume” from 10 millions established by the Ministry of Agriculture, Livestock and Fisheries (MAGyP).

read also Relief for the Central Bank: the field would generate an additional income of 16,000 million dollars

However, after reaching 90% of this quota, the DJVE-30 special diet, and the wheat must be shipped within 30 days of the DJVE being filed. “As this is impracticable in a wheat that has just been sown, there would then remain a million tonnes of sales abroad to complete the current equilibrium volume in the months to come”, analyzes the BCR.

Looking ahead to the 2022/23 campaign, which will begin in December this year, the United States Department of Agriculture (USDA) publishes its first estimates of wheat production and foreign trade in Argentina.

Forecasting less planted acreage and lower yields than the current season, the USDA predicts a production of 18.6 million tonnes of wheat for this campaign.

online with a harvest about 15% less, are expected for the next financial year 12.6 million tonnes of exports cereals, including flour.

The USDA thus highlighted “the high fertilizer prices as an element of uncertainty when making planting decisions in Argentina, a global fact from which our country is not exempt.

In this sense, the world fertilizer market remains “significantly volatile” in the context of the Russian-Ukrainian crisis, to which the first Indian tenders were added this week.

“India is one of the world’s leading importers and consumers of fertilizers, therefore, its purchasing dynamics significantly affect international fertilizer prices,” recalled the Santa Fe entity.

So the emerging power began its purchases without validating high international urea pricesessential fertilizer for wheat, while Brazil and United States persist without buying interest, according to a Fertilizer Engineering Report (IF).

Therefore, over the past week there has been drop of more than 11% in international urea prices. This has also been noted in Argentina, where the values ​​of imports into our country fell by 8%totalizer 830 USD per tonwhereas less than 2 months ago, a ton of urea was worth about US$1,100, according to IF data.

Black Sea region production on the rise, though uncertainty remains

According to Russian consulting firm Sovecon, Russia has high wheat stocks in the south of the country and expects a harvest of more than 87 million tonnes for the 2022/23 campaign which starts in July this year. “Thereby, the coming trade year would be the largest wheat harvest in Russian history“, they pointed out.

Thus, a ceasefire in the Russian-Ukrainian conflict would meet “a robust production framework”even if it still remains to be quantified damage to transport infrastructurewhich “could delay the restart of trade if peace is reached”.

In turn, if port logistics can be restarted, Moscow-based consultancy projects that Ukraine could export 20 million tons in the next campaign, a value similar to that of the current marketing year, without taking into account very strongly the impact of the armed conflict on wheat crops in this country.

Waiting, Egypt and Turkey, main buyers of Russian wheat, look for alternative suppliers. France and India have recently emerged as important suppliers to these two markets, while the cost of buying Russian wheat remains high due to possible war attacks or commodity sanctions.

In this context, the world demand for the cereal remains firm, with the expectation of continuing its “bullish boom” for the 2022/23 campaign. “Over the past 20 years, world wheat consumption has increased by 34%, showing a decline in consumption in just 4 years since the turn of the century,” recalled the BCR.

However, the potential limitations on exporting the harvest, under a drought in India’s growing regions, brought Chicago wheat above $390 a tonne, up almost 3% in the week from the last close in April. However, current prices remain below the April average, with wheat trading around US$395 per tonne.

For their part, after a sustained net short position, investment funds changed direction from one week to the next with the warlike outcome of the Russian-Ukrainian conflict at the end of February.

The impact of the war on prices

“In March, a net long position was observed that had not been seen since August 2021. Subsequent position closures depressed prices and reduced net positioning,” the BCR analyzed in its report, published on Friday. May 6.

However, over the past 4 weeks, movement in this position “has been rare relative to the volatility that has been seen, which could support the current price level that is showing for the grain.”

read also There are almost 900,000 hectares flooded in the province of Buenos Aires: the places most affected

The local market encountered “a week of lack of commercial dynamism”, with offers around the 370 USD per tonvalues ​​similar to last week both for the “immediate delivery”, and for the contractual one.

The ace Bids for 2022/23 wheat were between US$330 and US$340 per tonne. In line with international markets, Matba-Rofex December futures posted gains of around 3% for the week, settling on Thursday May 5 at US$338.5 a tonne.

'He's as frustrated as anyone': Mike Hesson on Virat Kohli's form after RCB vs PBKS IPL 2022 game